First, a declaration. Before I worked as a macroeconomist, I did my post-graduate studies in urban planning and started my working career as a transport economist, dealing with spatial planning issues in Wales.

Those of us who live near Barbican or have to use the traffic ‘circle’ that is in the centre of Barbican know that it is one of the worst road intersections one can imagine having to encounter. Traffic in considerable volumes, pass by the circle, mostly in single file and in a form of one-way movement. It needs a lot of reconfiguration, and some widening to allow for better traffic flows. That’s not an impossible task, though made harder by not being able to use all of the considerable amount of land that is now in the middle of the circle, and the existing siting of a major creator of traffic entry and exit in the form of Barbican Centre shopping plaza (which should have had separate slip roads to ease these movements).

Nature has thrown up flaws in the proposed improvements, in the visible form of a new retaining wall for a church that cascaded all too easily during a heavily down pour of rain several months ago. The wall was put up to protect the church, after part of its frontage was taken away to accommodate the proposed road widening. The church seems to have been trying in vain to get the wall repaired and its voice heard about the development. The episode is a sad one, as indicated in this column in today’s Gleaner, and another article in the paper.

That the church authorities have to take to the newspapers goes to one of the sorry and persistent aspects of government in Jamaica, which is its heavy-handedness and constant reluctance to take people along in processes, almost ignoring that government is there to serve citizens, not to just be a power force for itself.

My planning experience was filled, albeit for only a few years, with processes known as ‘public consultations’. This seems totally alien to how major proposals go forward in Jamaica. I asked on Twitter in May where one could see the development plans. I received no reply. Why can we not go to see a scale model of what is proposed? Where are the details of the project and its timescale?

Funnily, on my way back from Mandeville this afternoon, I saw a group of engineers at Barbican, deep in discussions with each other about some aspect of the roads. Pity, we don’t get to share their and our thoughts. 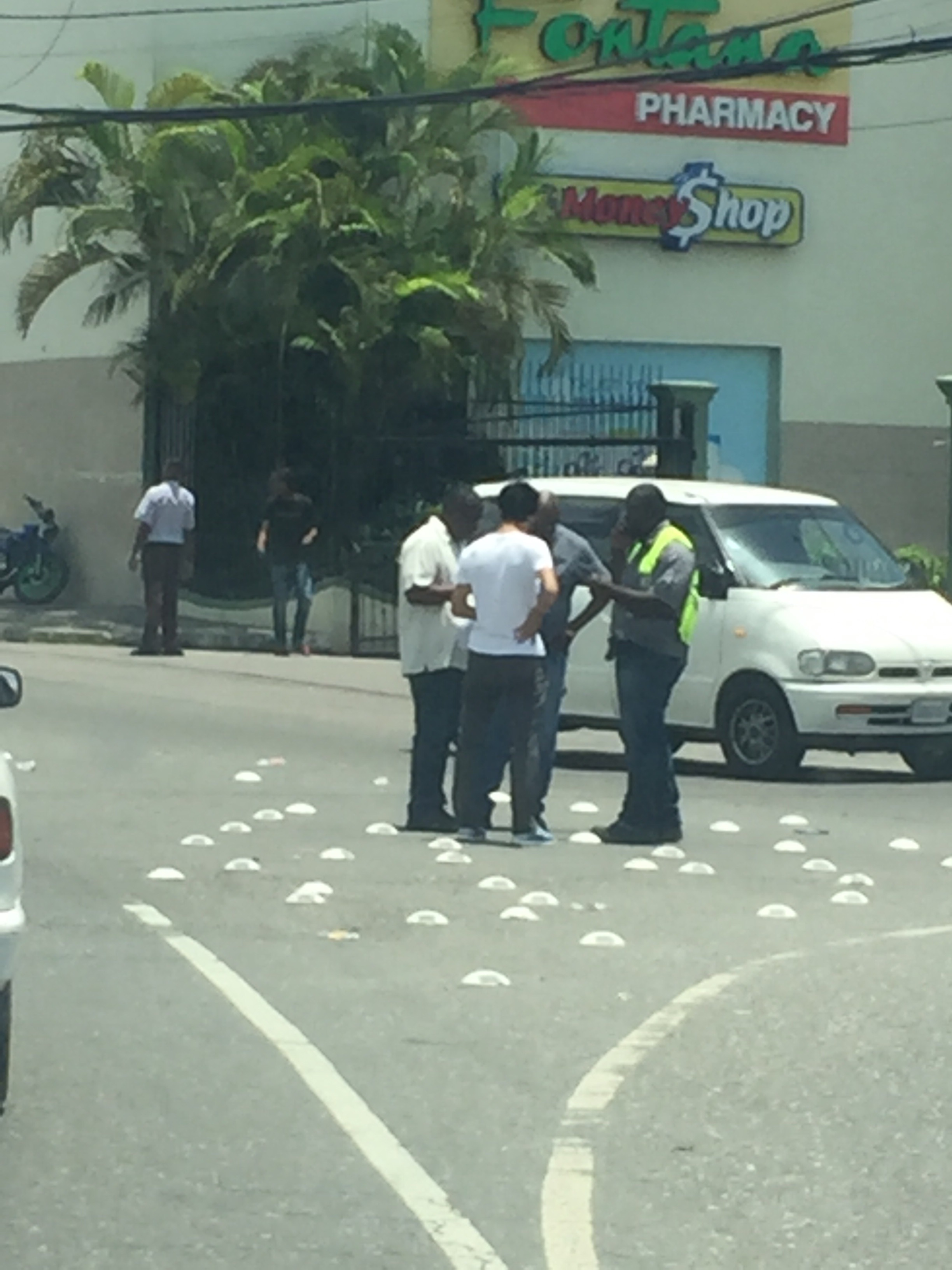 These projects are not like private development of a home; they are uses of public money and the public cannot and should not be constantly treated with such disregard. Do better!