I'm not sure how many times one has to say it, but crime (especially, violent crime) in Jamaica won't suddenly cease, because people feel outraged. It will only change when those people who seek and do gain from crime find that to no longer be the case. Like a child wishing to suckle, but having no nipple, the child will tend towards some action that gives satisfaction. That may be a finger or thumb, but it could also be something else, such as a lip–and not necessarily, its own lip. I know! When my first-born was about 3 months old, and pining for hunger, and no breast milk was available, I offered her my bottom lip. She sucked it hard till she sent to sleep. I then dislodged her, and put her into her cot, and when her mother came back and could express more milk, I was glad to know that the episode was likely to be a one-off. But, that episode was one of the clearest example of what a certain sense of hunger needs.

Now, the level of crime in Jamaica cannot be explained in any convincing was as the result of our state of absolute poverty. But, it's clear that some of the crime must stem from a sort of relative poverty, where people feel they are behind relative to others, and want to get that gap closed quickly. Robbery is often the fastest way to close that gap: working a steady job and saving are going to be too slow, no matter how wholesome it may be. At the extreme end of this desire to steal to catch up, is the possibility of eliminating whoever may stand in the way of making those gains anything more than temporary. That leads to the sort of behaviour that we may attribute to gangs, where they lay claim to large physical areas to be able to plunder on a consistent basis. What I have found odd about what goes in in Jamaica, in that regard, is on whom the gangs appear to prey. They focus on their 'own' communities and on adjacent areas where they can put pressure on other businesses to give them goods and services (including financial payments)–that's the nature of extortion.

So, much of the crime comes from a clear attempt to exert power over people, and area, and its activities. It's a form of terrorism. Why people have not risen up against it, is hard to understand, at least in terms of simple numbers of people on the criminal side versus those on the 'community' side. Of course, if the criminals are heavily armed and threaten to be ruthless in any retribution that will be enough to keep most people in place. That's where we have to ask questions about our security forces and their ability to perform the basic function entrusted to them. My conclusion is that they (notably, the police alone) cannot do that. So, the next question must be to what extent do they need other help, and should that other help be temporary or a permanent feature. While, I don't like the implications of this argument, it seems that Jamaica's police are no match for the opposition.

One aspect of violent crime that is puzzling is the sexual and violently sexual nature of some of the crimes. It's puzzling only because, while it is a common feature in war zones, it's not usually common in areas so-called at peace. I go back to the idea that Jamaica is in a form of 'civil war', and in that context some of the sexual violence makes more 'sense' as another element in the display of power. It's bestial; it's tribal; it's been common in many places for centuries. However, it takes a lot of unlearning for it to stop, because, in part, it's easier to continue because some of the 'victims' have actually been 'offered' as prizes.

Let's not pretend that we know parents who offer their children for sex (especially, in an environment where getting goods or services on little or no income is a real struggle–we have poor social support nets). Giving people a 'living wage' wont change a mind set, but it is part of what needs to happen, to unlock some people from a toxic relationship.

Let's also not pretend that children offer themselves for sex, for a range of reasons, including to get experience, to get influence over their peers (a sort of bullying, if you think about what it may 'encourage' others to do, to keep up), to be 'in' with those who are clearly amongst the better and most consistent 'providers' in a society.

What an economist can do is to 'follow the money'. That's what's making crime go around, and in whatever forms it's being made and shared, it has to be curbed.

Crime wouldn't stop on a dime if Jamaica became a cashless society tomorrow. But, it would change many things. One of the best friends of crime is anonymity. Once people start to find that their finances are more in public view a lot of behaviour must change (at least, if the society really imposes penalties or severe consequences for transgressions–a big IF, in Jamaica).

A quick read about 'why cash is king' for criminals should give a clear lesson; cash is often called the 'oxygen' of crime: 'Paper currency is both the motive of many crimes and a facilitator of illegal activity.' 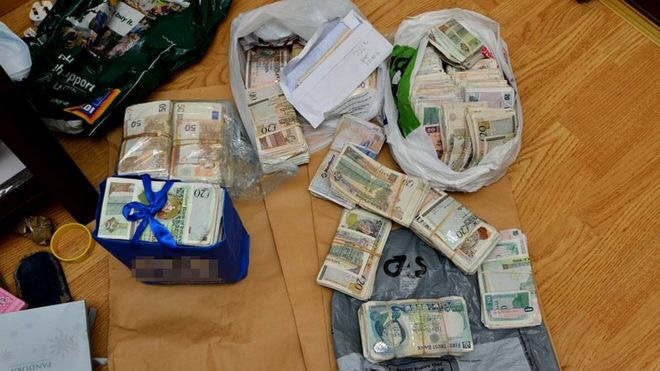 One of the features of any significant amount of time spent outside Jamaica (or other cash-based societies) is the degree to which financial transactions get captured, even if it's the basic transfer of one currency for another–that leaves a clear trace, as even the simplest of cambios has to keep records. (Now, I've been in places where one can exchange currency on the streets, but up the line, the records have to get kept by someone, unless truckloads of money are being transported across borders–which can happen, but rarely.)

I don't think that Jamaica is ready for us to see all over the place 'No cash accepted', but our willingness to stay largely cash-based is something that we need to understand plays into the hands of many criminal activities. Many who are complicit have spending power or gains they cannot explain, which lay largely invisible if in the form of cash.

Solving our crime problem is not a one-dimensional exercise, and the levels and nature of re-education we must go through could take a generation, if not longer. But, in my mind, we have steps available that can help in a push back. Nothing comes without some inconvenience, and moving away from cash in a society that has a heavy distrust for banks will not be easy. So, we are faced with yet another set of dilemmas–as is the way in much of life. So, which of the evils do we want to have to live with?