Well, it all started innocently enough as yet another attempt to get a customer service department of a major institution to give service to the customer. For a couple of years, I had been trying to get the attention of the Royal Bank of Scotland (RBS) to a simple plight: I just couldn’t find out about my account. Now, it’s partly my fault for opening a bank account in the UK. But, I can explain. RBS was a new incarnation of a bank with whom I had an account since I started working in England in the 1970s: the bank was then called Williams and Glyn’s (WG). It had my private account there, in The City, despite the fact that as a Bank of England (BOE) employee I also had an account there, with its fancy old-fashioned cheques.

Truth was, the BOE didn’t really do full retail banking, but I had the dual convenience of the swish and the bank that would do my wish.

I resign from the BOE and move to the USA and work for the IMF. I closed my BOE account and let life take its toll. I really saw no need for another account, either, so also closed the RBS/WG account. Well that was fine until I went on a trip to London and found that trying to always use my US bank account had a few problems, not least the fact that he K was ramping up banking security and if your cards did not have a chip it was hard to do electronic transactions. So, I went back crawling to RBS and opened a new account. I did not get grandfathered, but let that slide 🙂 I could open it without funds oe fees (Jamaicans will relate to that) and did so. So, things stood, languid, for a while. 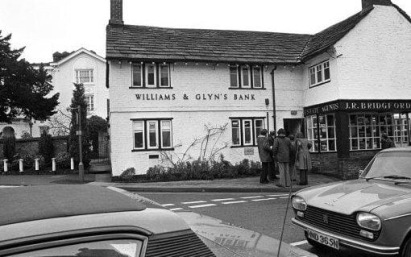 The old-fashioned look of Williams and Glyn’s

Well, two things happened, and I am not going into the whole saga. First, RBS decided to go on another corporate shake-up. Second, the BOE decided to get out of retail banking. Both conspired to make me think more seriously about my RBS account. So, I tried to get attention to arrange for balances from BOE to be transferred to RBS. But, I couldn’t hear a dickey bird, as they say. But, persistent that I am, I just kept trying. But, no luck. My bank balances were reportedly transferred from the BOE, but I could not verify that at the RBS end. I was frustrated, but not too much. I was also a bit stymied, though, as without the BOE account and its fancy cheques, I could not make sterling deposits easily in Jamaica, which I needed to do occasionally.

Then, I moved a few weeks ago, and now things took on another turn. I needed my bank to know that. Simple, yet a bit complicated. Again, I tried the route of replying to emails to get attention. No joy. I could see that RBS was really a bank that dealt with customers by phone. So, I phoned and got caught in a little voice loop. Then, I just took a look at the website that said there as a Facebook page. I went there and posted a question. All of a sudden, roses bloomed, butterflies fluttered, ambrosia flowed and I was getting somewhere. 🙂

Within moments, someone wanted to chat to me on Facebook Messenger, so off we went. In the space of a few minutes, we were humming like…a humming bird.

I left that conversation to go to bed, as the RBS agent couldn’t complete the checks, then. As is the way of the world, I slept well but woke at about 2am to have some water.

Well, as I was sort of awake, I noticed a message pop up on my phone. I checked. RBS was bright and awake–they are in England, five hours ahead of me. Someone wanted to actually talk to me on the phone. Well, I was game, and we engaged in a nice chat for about half an hour. The bottom line: I activated my online banking credentials, sorted out the activation of my Visa/debit card, was able to check my balance (yes, my money had arrived, and new deposits were flowing in). I was happy.

But, I was happier to have had on the other end of the line a lovely lass from Yorkshire, in Leeds, who’d been to Jamaica for her wedding 30 years ago! We joked about English regional rivalries–my affinities are to the other side of The Pennines. I love Yorkshire pudding, and Ilkley is one of my favourite places. 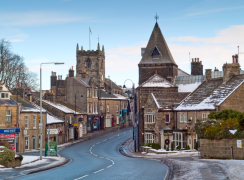 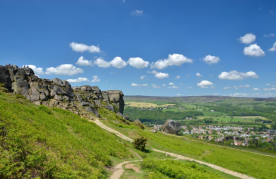 She joked about how her child had been born in Cumbria. To her husband’s joy, the child was a girl. Had it been a boy, he would not have been eligible to play for Yorkshire as he was born outside the county. You didn’t know England had these separate republics within the island? Shame on you! Well, Yorkshire changed that rule in 1992, to include those educated within the county, a dispensation that allowed Michael Vaughan to play; and was then abandoned altogether. Yorkshire’s first overseas player that season was 19-year-old Sachin Tendulkar.

Well, having established those links, I went on ambassadorial watch and suggested that my agent think about coming back to Jamaica. As we’ve left it, she and her husband will think about it. I promised her lodgings, so let’s see.

Funnily, I had another query later in the day, and got another invitation to chat via Facebook Messenger. Again, I was passed to the same agent, this time a text chat. It was a pleasant as the punch she yearns for in Jamaica 🙂 I got my other issue resolved and we went off to enjoy the rest of our respective days.

Now, if we could get this sort of service working in Jamaica.