Lizzie Yarnold (Great Britain), won gold in the women’s skeleton in the Winter Olympics, in Sochi, Russia. I would love to see this event up close and am glad that someone feels able to hurtle headlong down an icy run in search of glory. I’ve seen a luge/skeleton run from the top and have no intention, now in life, to have that ‘thrill’ 🙂

Word has it that the Tivoli Gardens Police Post, in west Kingston, formerly the seat of power for Christopher ‘Dudus’ Coke, may be haunted by evil spirits. Think about that for a few moments.

Prime Minister Portia Simpson-Miller told a contentious sitting of the House of Representatives that her administration spent a total of ~J$118 million on travels for Cabinet members between January 1, 2012 and December 31, 2013. The PM said all the trips, with the exception of those associated with funerals she attended, had engendered economic or other benefits to the country, but would not elaborate. Her staff and junior ministers incurred additional costs of about J$40 million. The PM does not acknowledge publicly that she sees a need for transparency and accountability in matters such as these and that it’s really good governance to both account for the costs and inform Parliament and the population of the expected outcome and benefits of such use of public funds. Tell me again, who pays for the running of the Administration?

The viral game, ‘Flappy birds’ had its wings clipped. 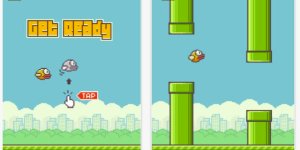 The mobile phone and tablet game was taken off apps. I have never heard of this game, but my 10 year-old tells me it’s great fun. Already downloaded versions of the game still work.

Despite a sharp drop in deaths from road accidents so far this year, compared to the same period in 2013, Canadian visitor died after his vehicle plunges into the river in St Catherine, by Natural Bridge.