A popular phrase in Jamaica nowadays is ‘Waggonist’, i.e. someone who likes to be on the band wagon, a ‘Johnny come lately’, someone along for the ride, or all of the preceding. So, the recent excitement about singer Tessanne Chin’s performance on NBC’s The Voice, has many jumping on the stage to applaud Ms. Chin, though they have been missing for much of her career. But, that’s very much in human behaviour.

But, Jamaica is also a country where one could say that it has to be dragged kicking and screaming (DKAS). Part of maturing as a country and a society that seems to elude some of us is the need to do things in a timely manner and to do them openly, understanding that impressions come often from nothing more than impressions in the absence of facts to the contrary. Almost anyone may say that defeating foot-dragging can’t be part of the “soon come” culture; it’s almost a contradiction in terms. What I find interesting is that ‘they’ (meaning the persons charged with ‘doing’) don’t see the damage that is done by delay and cloudiness.

We have a number of items of news in recent months that fall very much into the DKAS frame. The one that irks me, greatly, is the fiasco unfolding about the country’s anti-doping activities.

The country has proudly been showing the world for several years, mainly since the 2008 Olympics, that it has a formula for producing some stunning sprinters. It’s not just the recent successes of Usain Bolt and Shelly-Ann Fraser and Asafa Powell, or the longer term successes of  Veronica Campbell-Brown, but a long line of elite sprinters. It’s not really a surprise to locals, who know the long and great tradition that has been there in track and field for decades. Not surprisingly, the little island of some 3 million people did not seem to many outsiders the place that would dominate any international sport for a few years just on natural ability. In an era where so-called ‘performance enhancing drugs’ have been prominent, suspicion would fall naturally on those seeming to rise suddenly.

Jamaica has an organisation to test its athletes for illegal drugs, JADCO (Jamaica Anti Doping Commission). But, it has not been good at leading and getting out to the public at home or abroad a clear picture of what it does and what it needs to do. Instead, it has allowed others to dictate the story. Its previous Executive Director, Ms. Renee Anne Shirley, exposed in August what seemed to be grave weaknesses and a near breakdown in testing; she did this in a series of letters and an interview with an US sports channel. Response? JADCO did little to put its side of the story out to the public. There were mutterings that Ms. Shirley was disgruntled and somehow had ‘an axe to grind’. Irrelevant! Was she telling the truth? That should have been JADCO’s focus. Tell the nation and the world what it had been doing.

Jamaican athletes have been under the spotlight all summer, both for great performances on the track during the World Championships, and because several star athletes have returned positive tests. One, Veronica Campbell-Brown, had her case determined with a ‘public warning’ last week; others, including Asafa Powell, are awaiting judgements. That’s a good enough set of circumstances for us to want to know that our sprinting goods are really good. On the edge of that, reports also emerged of a national football player being guilty of using banned substances–and subsequently given a 9 month ban and a national team doctor getting a 4 year ban for his role.

It’s not enough to know that our top athletes are tested, seemingly unceasingly, in international competitions. We need to know that the process is done at home, too, and is rigorous.

Fast forward three months. We read that the international governing body, WADA (World Anti Doping Agency) will mount an ‘extraordinary’ audit on Jamaica’s testing regime. We also read that the Chairman of JADCO, Dr. Herb Elliott said that Ms. Shirley was “demented”. If that remark was made, what business does the Chairman have saying that about a former employee? Is the woman telling the truth? Mad people are not necessarily liars. His organisation has not put out the public figures to challenge Ms. Shirley’s contention. According to press reports, when asked Dr. Elliott said he may have figures “tomorrow”. Aha! Soon come! It’s not ready yet. This is three months spent doing what to confirm or deny a detailed set of statements by a former JADCO executive. 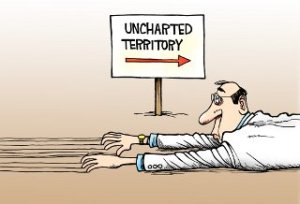 I don’t want to get into the internal politics of JADCO, just whether it seems to have any idea what it needs to do to convince the public that it is in charge of testing our athletes at home.

Today’s Gleaner calls for the resignation en bloc of the JADCO board. It’s hard to disagree with that proposal, if only to put in its place some people who seem to understand the need to communicate clearly and openly and in timely manner.

An expert in the dope testing world commented on the radio yesterday that whatever has happened to Jamaican athletes, the program is not dirty and does not have systematic doping: he mentioned that a total of ONLY 20 Jamaican athletes had ever returned positive tests. If that’s the case, why is that not part of what JADCO tells the world.

The whole JADCO affair is a bit strange, not least because it’s situated within The Office of the Prime Minister, which gives its relative silence a somewhat different tinge. Is it the national political wish that we be fed a diet of silence?