From late-March, we began to understand the severity of the pandemic on local life.

Within a week, the restrictions were turned up another notch. It was April 1, but the government announcement wasn’t a joke: from 8pm (through 6am) there would be an all-island curfew, running initially for 7 days till April 8. It was later extended and tightened during the Easter weekend, limiting movement and access to beaches, etc.

It is an understatement to say our routines had to change. It had been clear by mid-month that travel plans were shredded, and we were making plans for hunkering down and an uncertain end-date to severe restrictions. So, what have we done?

We have limited our general exposure outside the house. The world has discovered it can operate quite well virtually, without face-to-face contact and travel.

My wife does the shopping; that’s supermarket and now a range of locations to get fresh produce, as agricultural surpluses emerge after hotels closed and cut off a major source of demand. She has set up an office at home, and had her internet access substantially upgraded to handle teleconferencing; she’s shared that access with our daughter. We found early on that the increased demand for WiFi was causing problems within the household and buffering became the norm too often. We live with a lot of borrowed discussions from IDB-related work but the headphones are now more in use.

The rest of us staying at home have our own activities.

The visiting Bahamian in-laws are not nimble and live within the confines of the home, occasionally walking areas outside and enjoying their extended Jamaican holiday. My mother-in-law was pessimistic from early on: “People will need psychiatric help after.” But, she and her sister have levelled off their concerns, although they’ve been increased by developments in The Bahamas, which are not quite the same as in Jamaica, with earlier curfew restrictions and limitations on when people could shop.

My daughter and I venture out a few times to get some driving hours in. She resumed school from April 1, online. She was due to head back to school on March 29 but school had decided to stay closed and offer online schooling till April 13, initially. Of course, she is not able to do extracurricular activities like softball. She starts at 8.30am our time and for the first 8 school days went on till 2.30pm; this week the end time is 12.30pm.

Beyond that, I exercise (swim, walk, practice golf in the garden, garden and watch nature, and absorb the world outside as best I can, sometimes with a short bike ride around the neighbourhood).

The limits on contact and movement have opened other avenues, and the world including us has discovered Zoom and other group teleconferencing software. The family here now has 2-3 sessions with the Bahamian family, mainly in the late-afternoon/evening; they’re animated and funny for the most part. Everyone tends to enjoy seeing each other and catching up on the important and the trivial. Some aspects of Bahamian life that the grands controlled (such as some private savings groups) now have to be handled by others.

Both households tend to tune in to the daily national briefings updating on local developments with the pandemic.

My daughter is missing the warm interactions with her friends at boarding school, and has arranged some side communications, as teens do, to stay in touch. Some of her new school friends are Jamaican, so she can reach them and feel the literal closeness. She misses hanging out, badly, and we recently had some visits to celebrate a friend’s birthday–parking by her gate and talking at a distance. She and her mother did a quick trip to drop off presents for some other school friends. My daughter asked if a friend could come to visit the other evening: she stood by the front door while the friend came to the gate (about 20 metres away) and they conversed for a while. We may see more of that, I guess. Brief contacts are better than no contacts. She’s coping through art, and has used time to start a few painting projects that are now strewn on her bedroom floor. Earlier, she had decided to redefine her personal space by having a major clear out of clothes and doing a little redecorating. 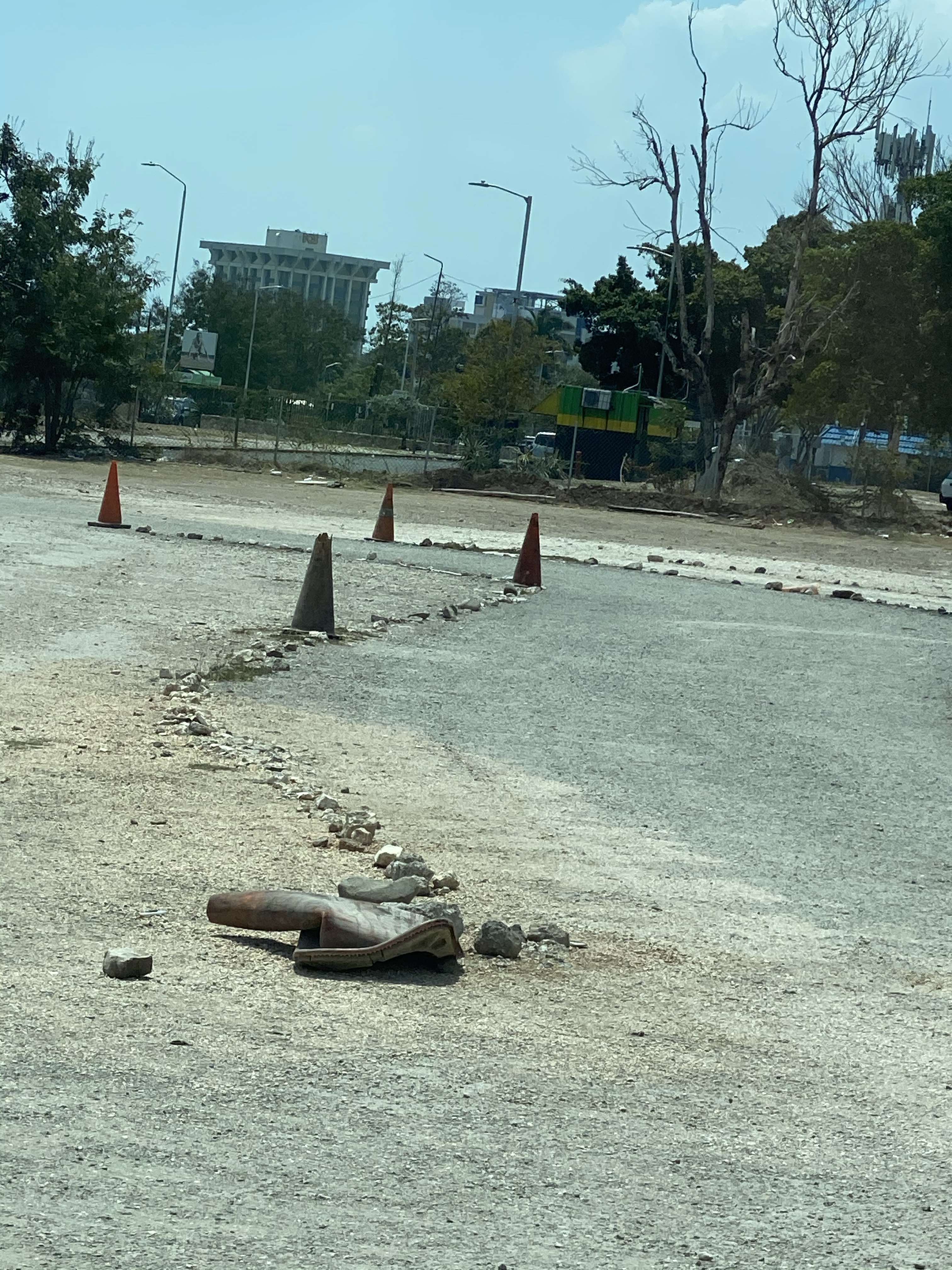 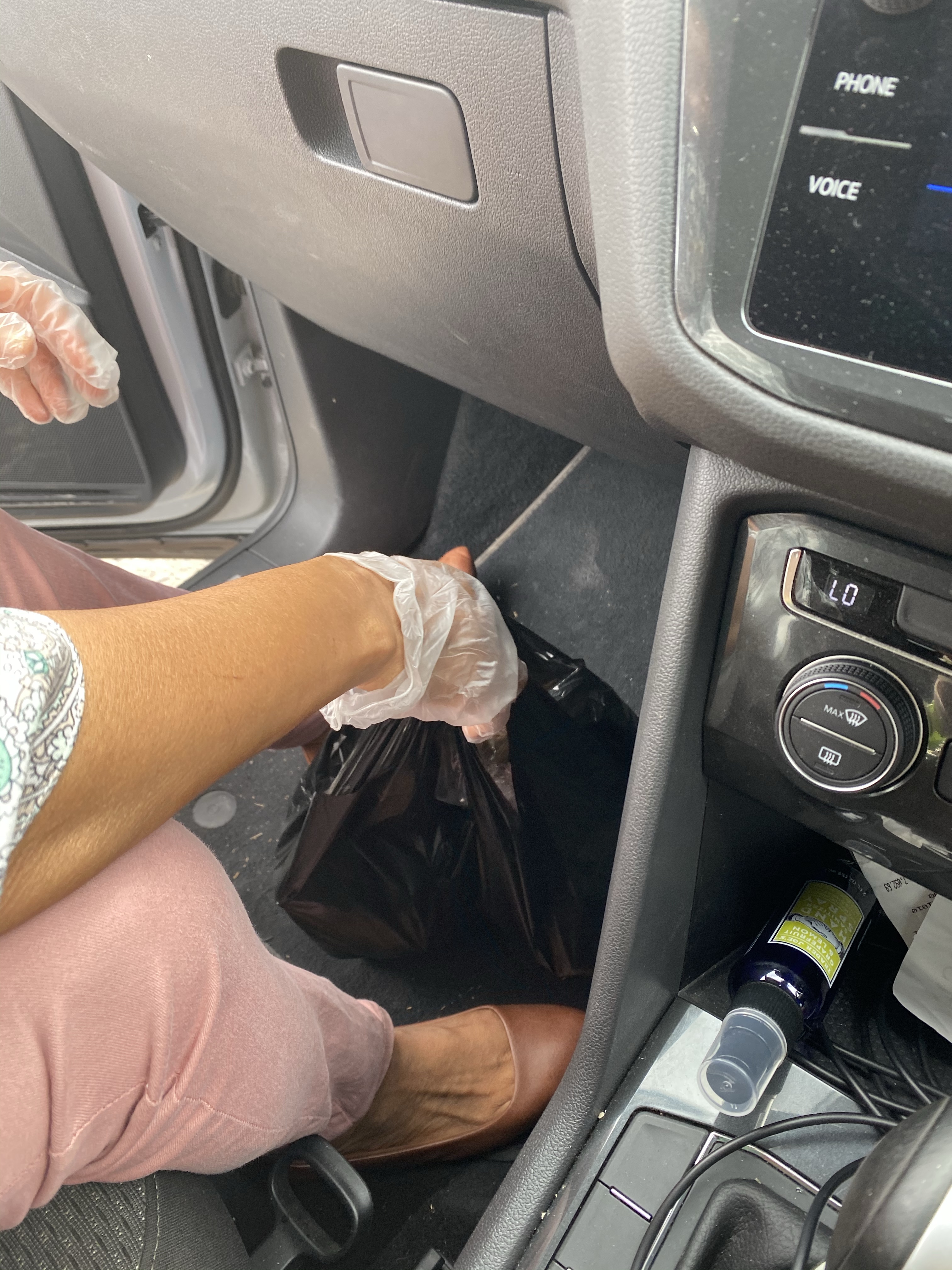 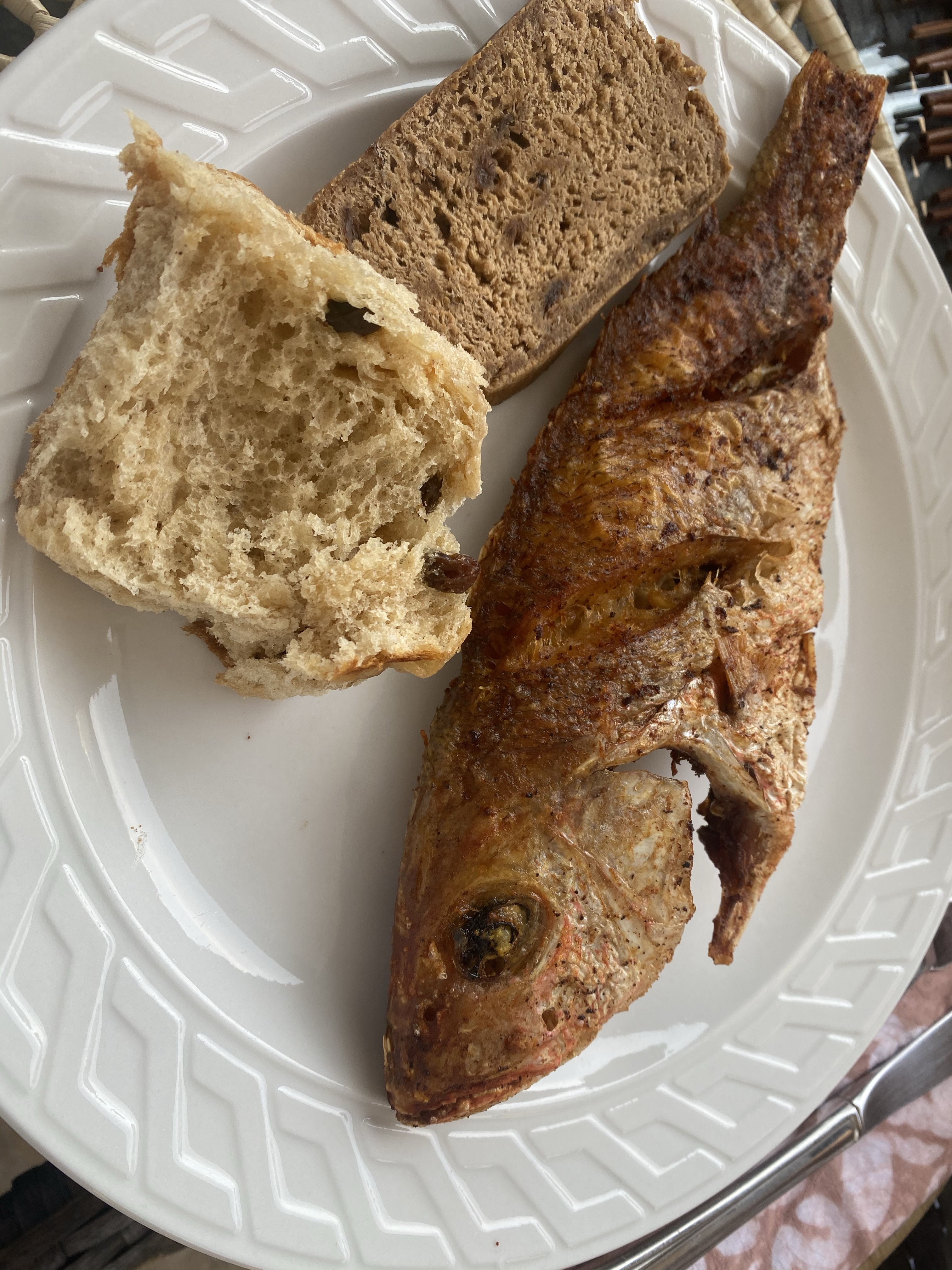 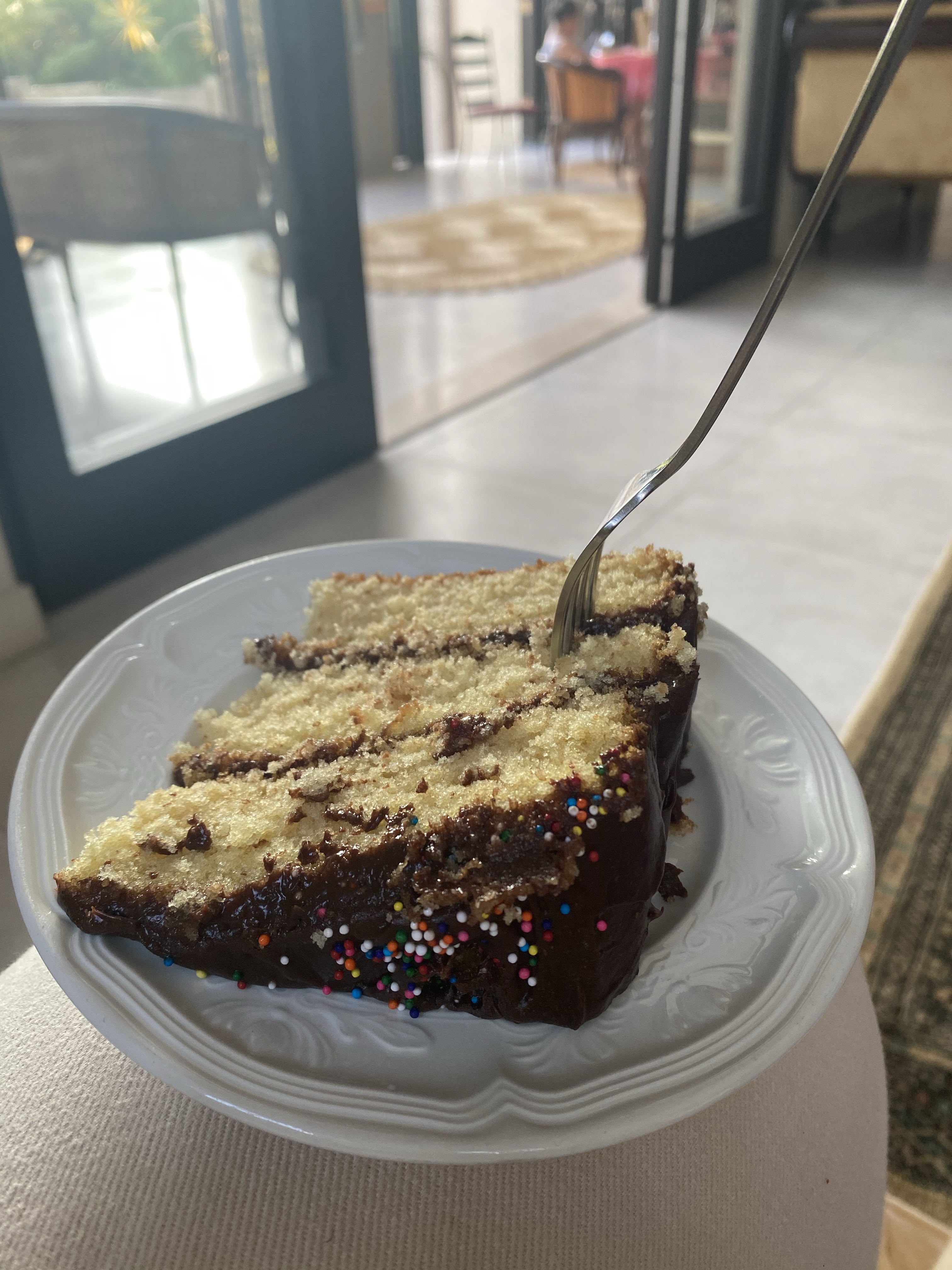 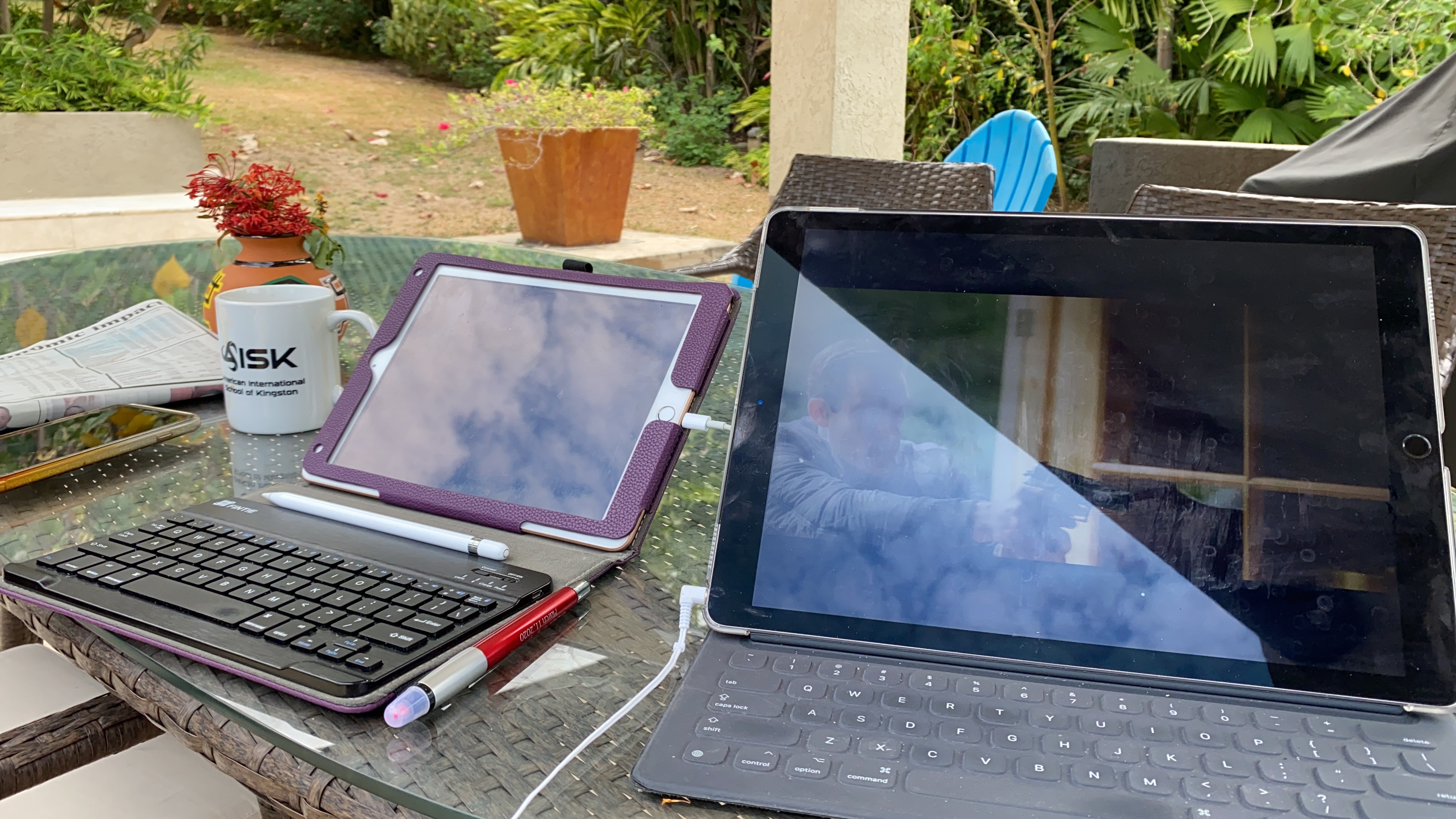 Normality is being redefined, but we have built on some parts that were present but not as strong as they could have been.

Everyone within the household has carved out some space, informally, and they’re mutually respected. We’ve enjoyed sit-down dinners together as a daily event, which tend to mark the end of ‘work’ and time for ‘recreation’. The grands rest much of the time, then look forward to cooling afternoon to enjoy a sit outside before dinner. I was stationed in the kitchen but have moved outdoors for most of the past week; I find a cool spot, moving as needed, but able to enjoy the best of the garden.

Our housekeeper is in a kind of Nirvana; she loves cooking and has an audience ready to please her as she pleases us with some of the simple dishes we love. My wife and her mother have thrown flour and butter and milk into mixing bowls and created the sort of baking that makes most people happy: hot-cross buns, corn bread, cookies, banana bread, etc. The kitchen was a great spot for me to work in as it has the best smells. My daughter has also chipped in (literally), making some chocolate chip biscuits, recently.

Nature has blessed us. Not only does Jamaica have a wonderful and ready supply of fresh fruit and vegetables, but we have a garden that gives a little, too. Right now, the mango season seems to have begun a few weeks early and Julie mangoes are ready and eaten happily, even greenish in salads, but mostly with their juice dripping down chins. 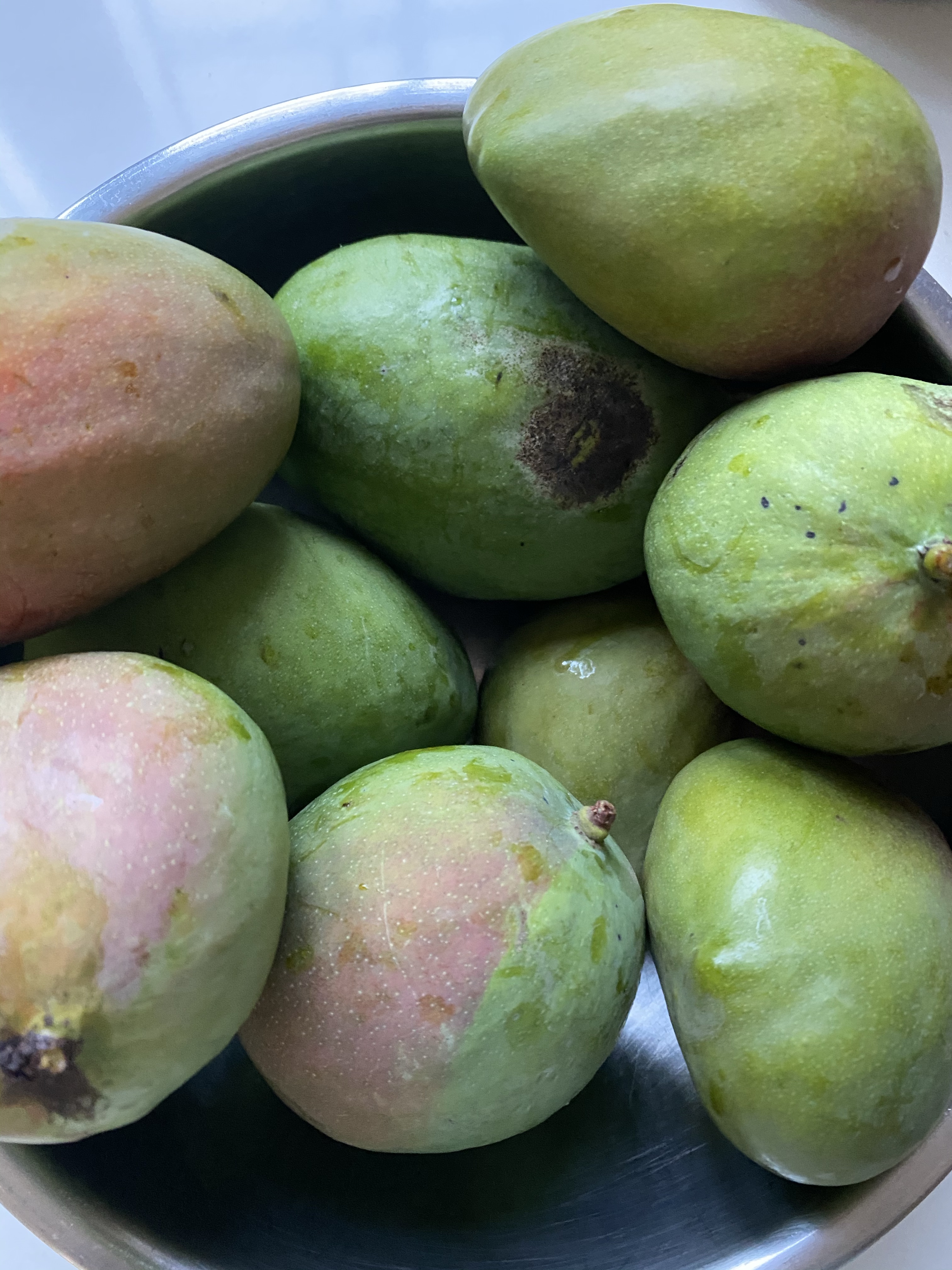 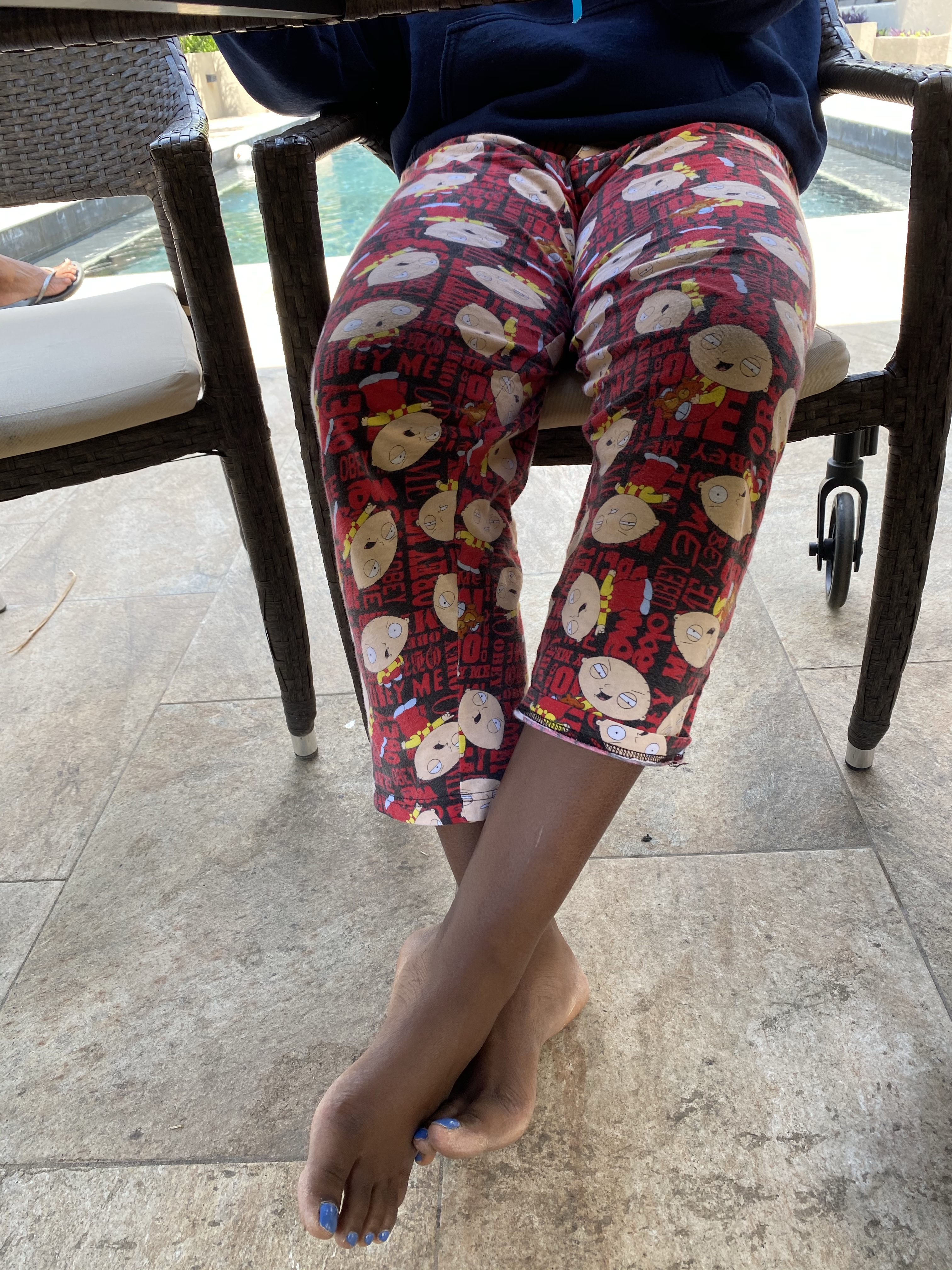 Food has been a glue and a great comforter. Meal times have taken on added importance as times to associate.

New hygiene protocols are essential and important, including wearing masks and gloves, occasionally, as well as maintaining distances and understanding people’s concerns if any of that is not respected.

Next, I’ll take a look at some of the stresses that are appearing in the household and outside, and how that seems to be managed, or not.