I wrote in an earlier reflection how people said my voice would be great for radio and TV, but nothing really ever came of such assessments. However, it’s been funny in recent years to find myself either in front of a TV camera or a radio mike; funnier, really, because my voice has stood out as not really fitting—most of this exposure has been in the Caribbean, though some was earlier on French-speaking media. So, my voice became as much a lightning rod as a source of sought-after wisdom: “Why dat man sound like he eatin’ marbles?” a caller once asked when I was on Brass Tacks, in Barbados. I’ve also written how many Caribbean people rush to judge a person by how they speak rather than the content of what they say. In that sense, my writing has better unfiltered traction, though some always want to have a beef with anyone who used to work for the IMF. But, I was brought up on London streets and am never shying away from a dust-up.

That said, my little forays into the world of mass audio-visual media have been personally enjoyable. I’ve looked back at the footage from time to time and I don’t come over as a total jackass. I think my delivery is generally clear, and I have a tendency to laugh (which can sometimes seem irreverent, but I honestly find lots of things funny). That is clear to me when I now venture to do my own ‘mass’ media with Facebook Live commentaries.

It’s daunting being there in front of an anticipated audience of who knows how many. More so, that most of my appearances have been live, single takes, and no editing: WYSIWIG TV and all its wrinkles. It’s been calming, though, to work with great hosts, who were well-prepared and ready to share the space, though some can’t help themselves from dragging you through their particular topical dung heaps. I’ve only ever felt badly trapped once, on Jamaican radio, but I think I found my feet fast enough to not get too badly snared.

I was a bit ignorant of what it took to put together a radio or TV programme, beyond being well-informed about the topic. I’ve been stiffed a few times with topics that then veered into a realm (often political) for which I was not prepared and it would not sound good to just utter “No comment,” otherwise, why would I be there as a commentator?

Voice and lighting checks are one thing, but I had no idea what it took to make me look good on TV, and I was never one for make-up 🙂

I appeared enough to get used to the formats and handling the need for ad breaks. That’s often the best time, when the panel and/or host alone can be more relaxed and some of the best discussions are in those brief breaks, which can then invigorate the rest of the programme. 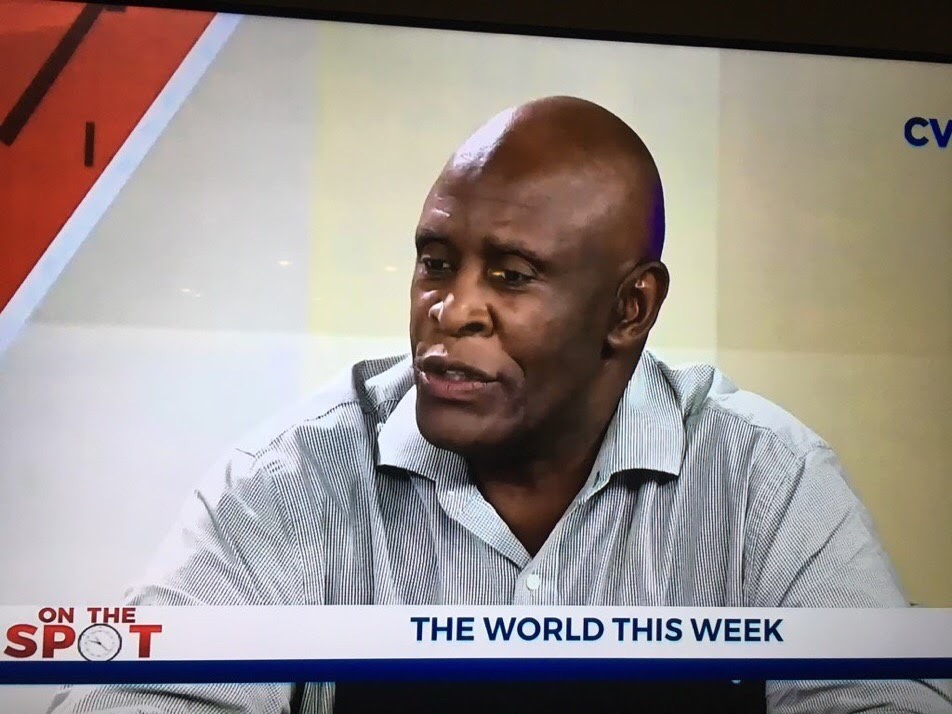 Looking the part and being the part are not the same. I had the hardest time ‘looking the part’ because for years now, working from home, how I looked was trivial. I did a little public speaking along the way in my life–the first being absolutely impromptu at a dinner with the Chancellor of the Exchequer and Lord Mayor of London. My banking industry peers nominated me to give the speech of thanks. Well, a good dinner, with fine wine, ample offerings of port and cigars (not for me) were great preparation, and I numbly went on keeping them all entertained for a good 15 minutes. I remember not a word of it to this day, and ended up at home in the back of taxi with no idea how I’d gotten there. So, I was a veteran at this stuff! But, media requires a bit of discipline and crisp short answers are better for the audience, though points often need elaboration. You get the hang of finding the kernel from a few years having to write briefing papers, especially when told by the Governor of the Bank of England to keep the main points to a page. 🙂

Feedback is good, and I usually tried to make friends and family aware of appearances. My aunt who lives in the country, in St. Mary, would also be excited to hear or see “her nephew pon di television” and would call me soon after and say “You looked good, man; yu mudda wudda proud.” But, I’m not just about back-stroking and can take the heavy beating from people who know me and have a brain of their own. So, when a Jamaican friend who does a lot of media work and hosts a show asked why I didn’t go to a certain point I knew he sensed something hadn’t been right in the studio. I hoped that only he or a few had sensed it. Tension can rise and I’ve few real personal beefs.

Really, the best though, is seeing the many other sides of people outside their normal areas of activities, and when those people are friends and they act as you know they truly are, it’s such a joy. 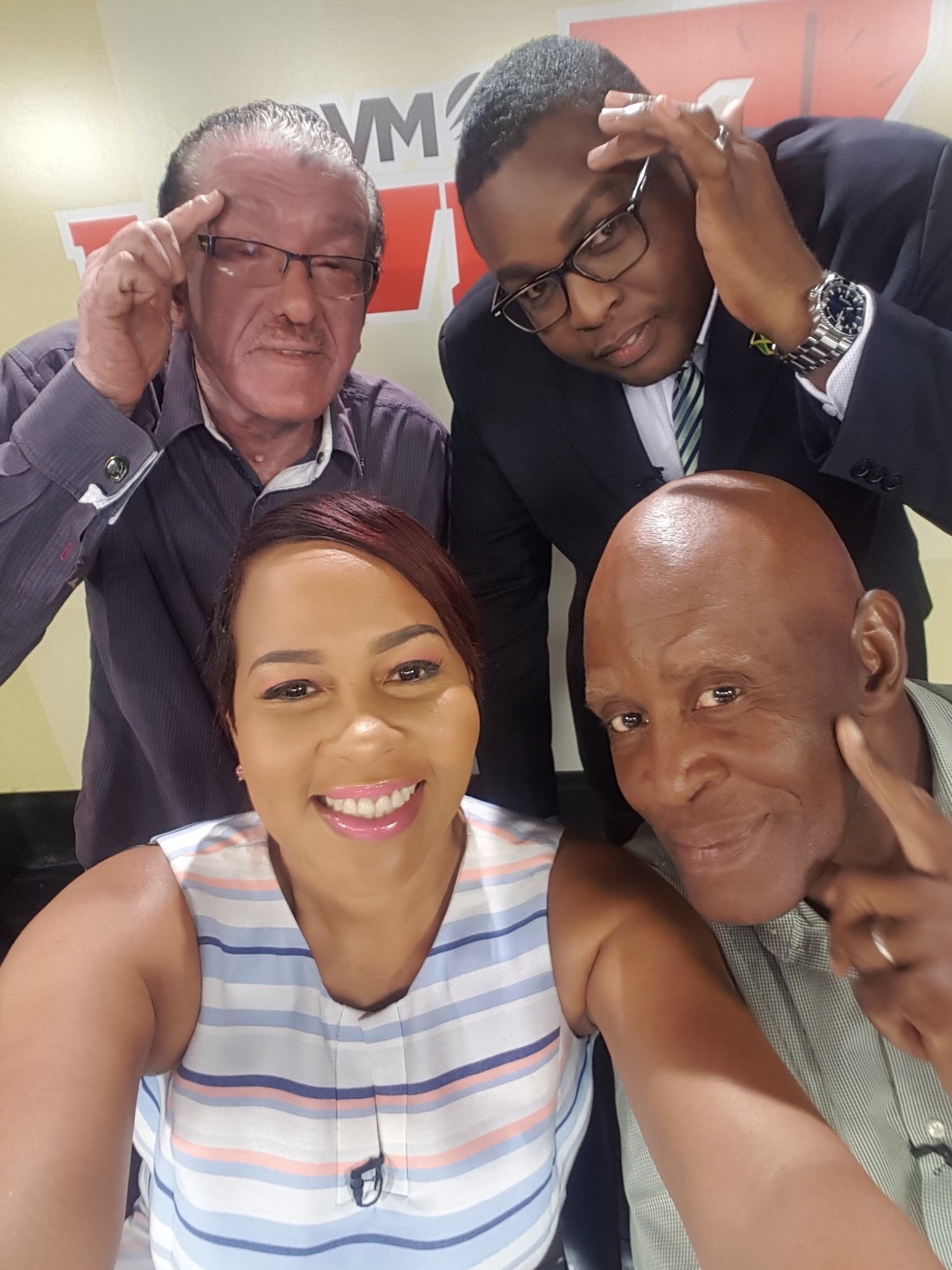 So, given how much I enjoy it, why don’t I get more calls? Kidding. I like it that I’m not the go-to talking head on economic matters, and found it great to be sought out for my views on dress codes, domestic violence (BBC World Service called one morning having read one of my tweets and had me talking for 15 minutes on the topic), or issues affecting the older citizens and retired people.

Truth is, I’ve found my own avenues and enjoy being uncoupled from any one else’s views, so my blog is my joy and my forays into Facebook Live are really enjoyable, especially when I’m grabbed by spontaneity. The latter’s best feature is that the audience and I can interact (at least in written form) in real-time, and I’ve been truly surprised how traction gets built up after I’ve done a session and posted it.

So, thanks to you all for being a wonderful audience. I love you all! 🙂