I’ve been wondering what to write about in 2019. I still haven’t decided if my general line is going to change from looking at things in the socioeconomic space of Jamaica or more generally about things to do with my life, personally. However, while I ponder life goes on.

I drove to Mandeville early yesterday morning, for the first time since my father died in November and was buried in November. As I drove along the all-too-familiar road heading west, I thought about several things. 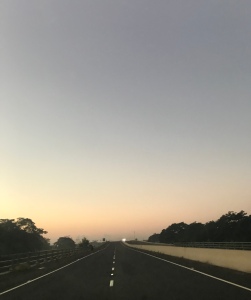 First, I pondered what it means (to me) to be an economist. I see a lot of barbs thrown the way of economists, and I usually bat away those coming in my direction with what I hope are some helpful insights into what economics is really about. Many people see (macro)economics as merely about forecasting (right or wrong) economic outcomes, and proposing policies (workable and not) to deal with such outcomes. While that may be where many hang their hats, the underlying basis of the discipline is about trying to understand change, especially its motivation and things that influence it. At many levels, economics is about watching a marble balancing on the head of pin; it won’t stay there, but where and when will it fall? Economists are never out of subjects to study because nothing remains unchanged.

I often focus on things that don’t work in Jamaica even though they seem to act out well in many other places. One of the obvious reasons is that we have lots of undercurrents that don’t exist elsewhere or are less prevalent. One of those undercurrents is our sizable informal sector. By, its nature, it’s a sector that stays away from formality, often because its activities border on the legal. So, we often find that policy actions can’t operate through established channels, and thus tend to fail rather than succeed. Take a few simple examples from daily life seen on my drive yesterday.

We have two new bans in operations in early-2019: one, single-use plastic bags under 24×24 inches (don’t ask me why it’s not stated in metric terms, given that we’re supposed to be on a metric system–but that goes to another point), another on sugary drinks in schools. So, should I have been surprised to see children being sold goods outside the main schools in Porus in small plastic bags, or vendors supplying schoolchildren with what looked like sugary drinks in unmarked plastic bags? Of course not! Who and how are such bans to be policed? But, this is the informal sector at its core: the pursuit of personal gain irrespective of wider social issues. It’s a Darwinian ‘fight for survival’ and as such is often accepted because there’s no ‘social safety net’ that could provide income support for those who seek to ‘do a little thing’.

Anyone who has had to enter or leave Kingston in a westerly direction over the past two years must have experienced the road ‘improvements’ underway on Mandela Highway. One of many peeves expressed by a good number of people is how the roadworks happen with scant regard for safety of non-vehicular movements. We have high-speed two-way traffic often separated by no more than flimsy plastic barriers. We have people needing to cross the highway but with no adequate provisions for that. Instead, we see impromptu attempts to get traffic to yield to allow such crossings, often a pedestrian waving arms to alert fast-oncoming traffic. One wonders what it would have taken to construct say a temporary footbridge.

Relative to the main road works, such construction is neither some new-fangled idea or major. By not doing so, government tells us explicitly how it regards lives of pedestrians over other road users–lowly, even at zero.

What these two seemingly unconnected sets of actions tell us is simply that (typically), on the one hand government shows scant regard for citirzens, and in return citizens play scant regard to government’s wishes (as expressed through policy actions). That combination is a recipe for continual failure. Sadly, government often seems oblivious of its own ‘foot-in-mouth’ posture and wonders why changes are slow.