I love the Christmas holidays! It’s the best time to get family together and for stories about families and friends to flow. It’s frankly more uplifting than focusing on the various political ‘circuses’ that are performing this season.

I’ve just been sharing some thoughts with a Jamaican cousin about younger members of our extended family in England with whom we’ve either lost touch or never knew. In the process, we reminisced briefly about some uncles, now dead, whom we both remember as ‘characters’ and funny, or involved in funny events.

Four of my mother’s brothers went to England in the late-1950s/early-1960s. I must have met all of them before, but my stronger and longer memories of them are after I went to England. They all lived in South London, and initially lived in a house owned by the oldest of them. I’ve been racking my brain, recently, how a farmer from St. Elizabeth could manage to own a huge house in London after only 4 years there and working for London Transport.

I visited the house in Brockley on one of my UK visits a few years ago and marvelled at how it and its neighbourhood had been transformed into gentrified luxury. In truth, it was getting back to its earlier status as a location for wealthy people. The current pictures from the same road confirm my recollections, especially the huge walled garden, in which I sometimes played with younger cousins, born in London. I have pictures from the early-1960s of my parents, uncles, aunts, cousins and me taken outside my uncle’s house, so know that my memories are clear. 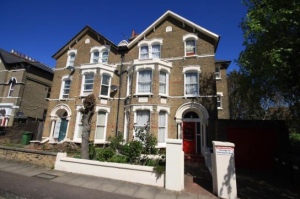 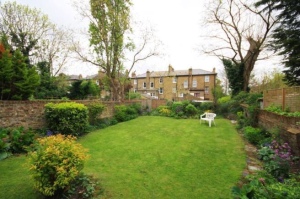 As the historic link about Brockley notes, ‘In the 1950s and 1960s these houses provided accommodation for the recently arrived African-Caribbean population,‘ many of whom found work in nearby Deptford, to which I can attest. What puzzles me is the point made in the link: ‘In the period 1945–60s it was very difficult to get a bank loan to purchase a pre-1914-built property, hence the frequent subdivision of the larger older houses during this period.‘ My uncle owned the house and was landlord for his brothers and another cousin from St. Elizabeth. It’s possible that the money was pooled through some ‘partner’ system. I may have to trawl through some property records to get a handle on this ‘mystery’. Sadly, living family members who may be able to shed some light are dwindling.

The house story is an intriguing aside. My conversation about my uncles and their children was really about how we’d lost contact, if it was ever established. My father’s side of the family who are in England have a vibrant WhatsApp group going and it’s the go-to place for all family affairs. Maybe, we can use their presence in England to reach out to cousins on my mother’s side.

I know the other uncles moved out some time after their elder brother got married and started his family. One, I know, moved into a flat not far from New Cross, in south-east London. He came back to Jamaica in the late-1980s, after an accident in England, as a retiree. The home-owning uncle also returned to Jamaica and worked a while at Alpart.

We know that migrants tend to band together, at least in their early time abroad, but also, as stays extend, chance or other contacts occur. So, we’re going to do some ‘reaching’ into one side of the family to see if they can reach out to the other side in the UK.

3 thoughts on “Thinking about the ‘good old days’”