In the recent past, I've been vocal about the terrible visual and environmental state of our so-called 'second city', Montego Bay: its eyesore of a city centre was the classic image of many of our urban towns, where litter and lack of care for the visual aesthetics seemed to be the standard operating procedure. That it should be as bad as it was in our tourist capital was, for me, a signature statement about how little people cared for, or understood, the importance of the significant part of our national economic livelihood that is foreign tourism. Therefore, I was more than a little thrilled to see someone post on Facebook pictures of a very different Montego Bay: clear, decorous, filled with bins to collect trash. 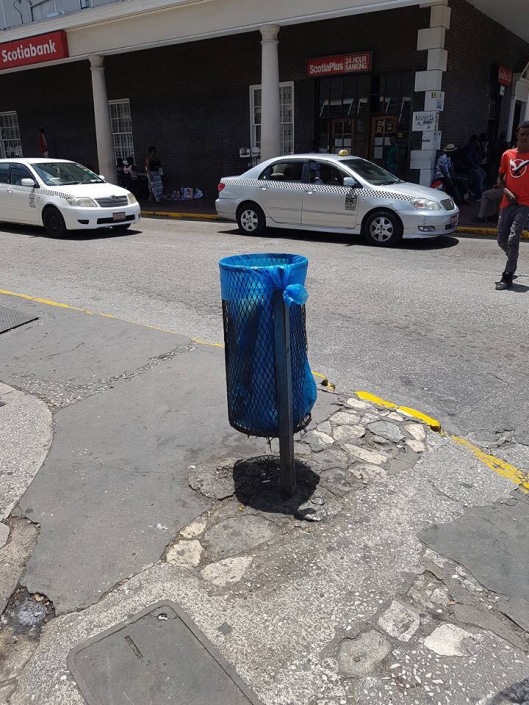 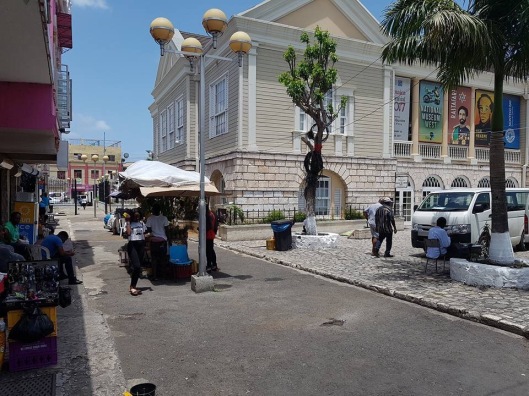 Now, the immediate challenge is to not let the city centre fall back into its all-too-familiar bad old ways. What would be good would be for the municipality to share with us:

There are some other questions. But, in the spirit of sharing the good, so that it can outlast the bad, this simple set of questions ought to answered.

My own view is that we have become the home of many 'bad practices', in the absence of good and clear leadership on a range of issues, of which waste mangement is but one, from the absence of standard provisions of household waste containers, through hand-loading of garbage trucks, to the common practices of all things stacked into a pile, with little or no separation. Some of it is chicken and egg, but ultimately much comes down to a lack of education and understanding of what to do to better manage waste. In the same way that Jamaicas are far readier to burn refuse rather than recycle or reuse, we need to rethink our daily lives to rid ourselves of such ways, and leave behind us each day a better-looking, rather than a worse-looking place.

We have two major problems: waste management in public spaces (common problem of ‘defensible space’); education of people about how better to manage waste in personal spaces. Hardly any Jamaican lives in a dirty or garbage-ridden household. But, people struggle to know what to do with the (inevitable) waste they generate in daily life.

I'd like to see at least every public corporation (including educational establishments) to commit to a set of simple waste mangement practices that involve waster separation and recycling of those products for which we currently have 'markets', eg plastic bottles and paper. We can then build on the volumes they create to create incentives for private sector involvement in recycling and reusing. That would start to deal with a large amount of waste and would also start to re-educate people about how to re-order activities.

1 thought on “Turning Jamaica into Heaven from Hell in terms of waste management: Montego Bay gives some lessons”