Since I returned from holiday earlier this week, I've been wracking my brain about whether I would ponder more the news that Norway is now classed number 1 on the Happiness Index for 2016. I wanted to wait until I got back home before thinking more on it, because, after spending about 10 days in Norway, with friends, I wanted to let the air and flavour of Jamaica wash over me a while, first. The rankings look at the main factors found to support happiness: caring, freedom, generosity, honesty, health, income and good governance. The focus is on the social foundations of happiness. The report notes:

'Norway achieves and maintains its high happiness not because of its oil wealth, but in spite of it. By choosing to produce its oil slowly, and investing the proceeds for the future rather than spending them in the present, Norway has insulated itself from the boom and bust cycle of many other resource-rich economies. To do this successfully requires high levels of mutual trust, shared purpose, generosity and good governance, all factors that help to keep Norway and other top countries where they are in the happiness rankings.'

'Unemployment causes a major fall in happiness, and even for those in work the quality of work can cause major variations in happiness.'

Africa is struggling to find happiness, and income, health and governance, must bear heavily on the continent. The USA has fallen dramatically, from 3rd in 2007 to now 19th, largely due to 'declining social support and increased corruption'.

Now, for me, it could all be trite, and come down to the fact that I had a great time catching up with people I have known for the better part of 30 years, and with whom I have shared many happy memories both in Norway and outside, and with them as Norwegians. But, it's not just a love of Aquavit, or brown cheese, or waffles, sour cream and strawberry jam.

Norwegians have always stood out politically for their neutrality in many issues, and the stance that has led them to take on matters to do with the European Union: they are part of the free-trade area, but not part of the monetary union.

Norway has the world's highest income per head of population; that goes a long way to keeping people happy, even though the cost of living is often at levels that make many cry.

I've never spoken to a Norwegian politician or any of its royal family, but my visits to the country and time with local people tell me one thing: few countries have people who seem ready to accept others. Now, that's not at the level of how refugees have joined Norway and become parts of its nation quickly, Norwegian is not an easy language, I think, but when you see and hear people of Vietnamese or Somalian heritage speaking Norwegian between each other you understand what 'integration' can mean.

But, Norway isn't a place free of social friction. In 2011, it suffered an horrific mass-murder attack and it was ironic that my visit coincided with the anniversary of that event, on July 22. The location of the attack was just about 800 metres from where my friends now live in the city centre.

Norway is a country where people seem to take hold of all they have and run with it, literally, much of the time. I've been to Norway mostly in winter months, and of course I had to ski. Life on the snow is part of life: it's often more efficient than trying walk and struggle with snow tyres. But, shoveling snow is also part of that embrace. In the summer, with sunshine for nearly the whole day much of the time, life is about enjoying light. Norwegians love their 'heat', even if in the mountains that can mean lows of 4C and highs of 18C. Jamaican, take some bay rum and inhale slowly.. Having just come off a week that saw our highest temperatures in Kingston for nearly 24 years, at 38C, we should think about exporting some of that heat to Norway. 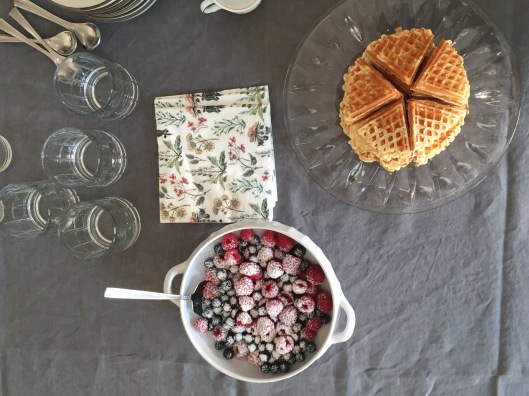 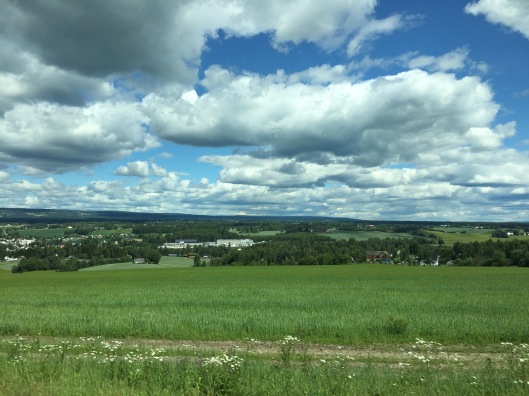 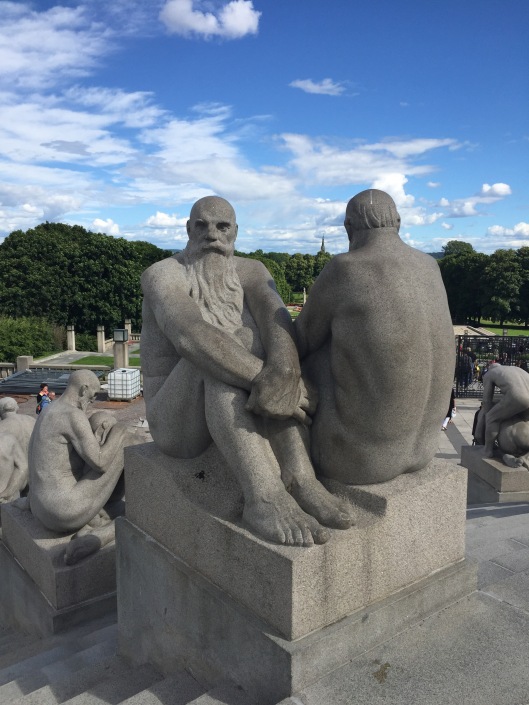 Norwegians, like many European countries, have long embraced orderliness. If anything draws a clear distinction between life in Jamaica and Norway, it would be attitudes to order and disorder. I loved how my friend would hiss as he saw people riding bicycles without helmets, or riding on the sidewalk. When we drove to the mountains he did what most drivers dD in Europe, he only overtook on one side–the outside. When he parked, he double–checked that his car was within the lines, and never felt easy unless he had properly paid for his parking.

But, my friends' lives was. A microcosm of many things that have helped Norwegian be, and stay, happy. Their children are now adults, one with 2 children. Early child care and access to local schools shaped my friends' and by letting their daughter buy their former home, they've passed on those facilities. Removing the many burdens of parenting early in life, Norwegians are allowed to pursue careers yet know that their children are cared for well. That would put a smile on most faces.

My friends also demonstrate another important feature: that men and women tend to be on more equal footing. They take turns to cook on alternate day, and have done so for decades. I will not judge who is the better in the kitchen 🙂 They each have their styles and signature dishes. My friend does much of the 'heavy lifting', even in his retired days, doing the lawn mowing at their housing apartment. Both friends, though well over 60, still feel exercise is a key part of staying happy with life–he runs, she likes to bike. She has he balcony garden, but they love going up to their mountain cottage, to escape the city and enjoy keeping nature at bay.

Oslo has changed a lot since I first went there, and now it's more about where cars are not allowed, and where next will be pedestrianized. Walking around is less stressful for having such good separation. The climate lends itself more to walking and biking than would be the case in the Tropics, but making good provisions for people movement is a complex process and needs to be well-executed.

Having grown up in Europe, I'm never surprised by extensive public transport systems. Norway takes public transport to new levels, and as we drove across country, I was pleased to see extensive bus provisions through the towns and villages. I know the train and metro are there also to link cities and parts of Oslo.

Now, none of those provisions come cheaply, and it would be silly to ignore that oil revenues gave Norway a huge cushion in finding public funds for its many social provisions. But, managing that well is part of the good governance that makes people happy: knowing that public resources will be well used for wider benefit.

Yet, all is not rosy. I remember asking my friend what he saw as the biggest crime problem in Norway. Corruption was his answer, especially those in white-collar acrtivities, whose size and power made it hard to collar them well. Wealth is never a good enough reason for people not to seek to be corrupt.

My friends have never been to Jamaica and I think that, after sweltering as they stepped out of the airport, and feeling that the smell of pan chicken was delicious, and that a good rum cocktail to wash that down with, while dipping their feet into the pool, they would be having a wave of horror.

Jamaica is not a terrible place, but exists despite lack of order. We are far from being chaotic, now (and I do not dismiss the worst of the 1970s) in that assessment. We are struggling with governance in terms of how public funds are used, and it's not jsut a matter of wading out of a huge deficit and its attendant debt burden. It's about making most people feel that public money is being used to give value for money for the majority, not several minorities.

Jamaicans are often seen as happy people–understanda with our natural resources and beauty–and our tendency to laugh and kikiki enforce the idea of 'no problem'. We know the falsity of that laughter, when it's mixed with the anguished screams of those who are seeing and hearing of their neighbours being killed at the rate of 4 people a day–an insane figure, in any context, and the stuff of psychosis in a country of under 3 million people. Norway has between 20-30 murders a year! Maybe, we have the secret of happiness, right there: Norwegians love and respect each others' lives much more than most other countries; part of that love comes through how the country celebrates its history and culture. Our recent fight over the 'bust' of a national hero tells me much about what we Jamaicans are still having trouble defining: who we are and what do we value. 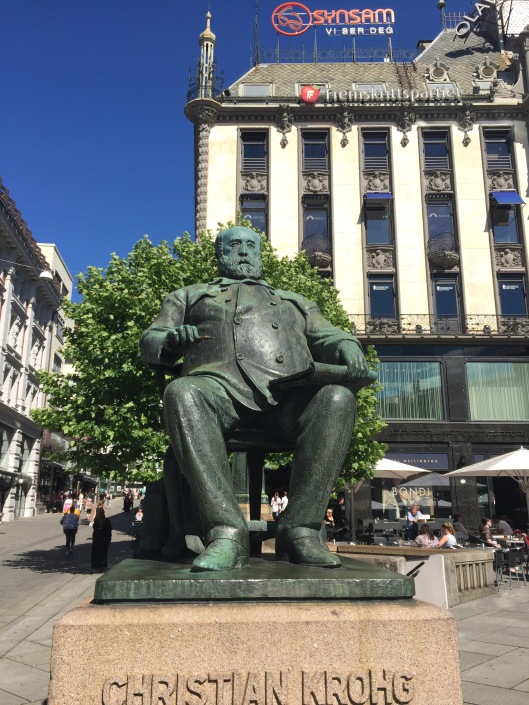 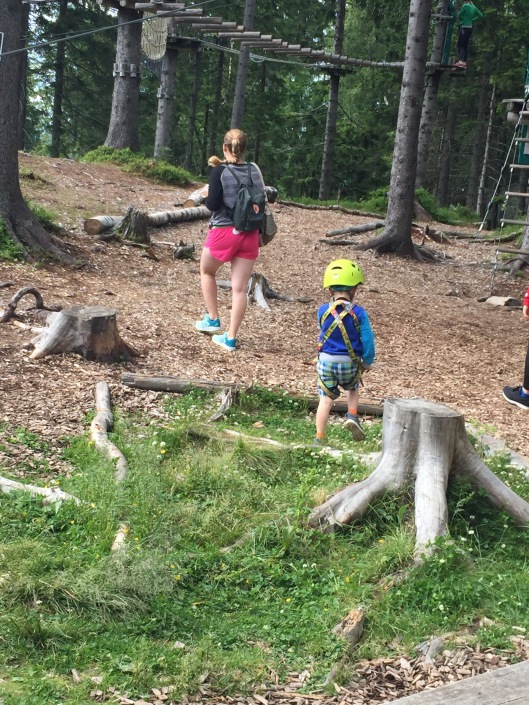 Jamaica? I would say our self-hate has long been disguised, but evident. It's not all-pervasive, but is strong enough in many people as to put us all in the metaphorical cross hairs. Our willingness to ignore the imporance of self-preservation is something I do not understand, and cannot figure it out in terms of what existence has been about.

Jamaica does not need Kumbaya, but it could do with a good dose of 'Come, let me hug you!'