I’ve wondered aloud before about how surprising it is that Jamaica hasn’t descended into social turmoil. Over the past few months, as stories have swirled about a wave of killings and abuse, on the island, I wondered again about what it would take for Jamaicans to do more than talk about their national problems, as opposed to doing something about them. Each time I think about this seeming passivity, the only logical conclusion I reach is that it’s hard to fight against yourself. By that, I mean that so many Jamaicans are implicated personally and collectively in the misdeeds we observe that they are blocked by that from acting against them. If we talk about six degrees of separation in relationships with people, my suspicion in Jamaica (as with much of the Caribbean) is that it’s more likely to be one or two degrees, at most. We joke about being each other’s cousins, but when it comes to dealing with bad stuff that’s too close for comfort. That awkward closeness gets worse if the ‘related’ person is ‘big’, i.e. important or in some sense well-connected. Remember that this cuts across lines of legality, so good connections mean power to harm as well as power to help.

So, fixing economic woes is hard because a large part demands that we dispense with people and habits we hold dear, whether inefficient public servants, or the bevy of informal workers and vendors on whom so many of us now depend.

Fixing social woes is hard because it means dismissing the things we’ve cherished that are harmful, like beating children, who grow up to become beating adults, who beat children, who grow up…. It also means addressing attitudes towards sex, and actions, especially concerning minors, that we say are wrong but to which we often turn a blind eye. Then, we have rapes and assault that police officers brush aside, or parents blame on the victims, or communities protect the offender because he (usually a man) is ‘prominent’ or a ‘good citizen’, some other convenient acceptance.

We accept illegality when it benefits us. Yet, we wonder why crime is rampant.

I know that Jamaicans are afraid of acting against people, as we see that ‘fear’ displayed largely in our justice system. You are more likely to find a lenient sentence being given for a crime than a harsh sentence. It’s generally accepted, therefore, that our so-called ‘justice system’ is more about doling out injustice–in terms of sentences that do not seem to fit the crimes. (I’m not going to get into whether harsh sentences matter, but the general perception is that people like to see bad deeds treated as if they’re really bad, and minor things as if they are really minor.) So, it’s a boo-hiss for the justices who want to deal harshly with a mango stealer, but seem to be uncontrollably mushy if the thief does something like steal a lot of money or high-value goods. Written into this seeming disparity is a certain classism, that means that ‘poor’ gets shafted while ‘rich’ get sweet stroking. If I have misread the various cases reported in the papers, please correct me.

We see it also in the persistent hand-wringing of politicians every time some embarrassing piece of information gets out. Has anyone kept track of the many reviews that must be going on to address the spate of ‘scandals’ coming from the political world? What I’ve noted is the absence of many clear reports and action plans to deal with these instances. Worse still, when statutory bodies are charged with assessing the work of government, their reports (often damning) tend to find their way into the filing cabinet that gets emptied by the janitor. I love the Auditor General’s reports but shouldn’t we have a much better civil service by now?

Although I cannot be everywhere at the same time, I look and read about incidents, and what seems to happen often is that Jamaicans like to be observers. The world is not filled with brave people, willing to die for an unknown cause, or just stand up against the voices of opposition. To oppose others one needs strong convictions. I’m not sure that this is part of the national make-up.

Now, in the same breath, some people call on Jamaicans to act–as with the horrible stabbing death of a Jamaica College student–but, gladly stand by. We are urged to use numbers against the few and overcome them that way. But, we generally see people happier to stand and watch or better still move past the incident, leaving others to act.

An RJR producer posted a video on Twitter a few days ago of a traffic incident. Red light running led to a knife-wielding altercation. What struck me was how almost everyone nearby did nothing but watch. Watch for yourself https://twitter.com/giovannirdennis/status/812343144385802240&nbsp;

I’m not making any value judgement, merely noting that doing nothing seems quite normal.

Now, we can ask how we got here. I’m not sure people were ever much different but in the face of a worsening situation that inaction is glaring.

Some say that having more armed citizens is one way to deal with the waves of violent crimes. I’m afraid of that option. I’m not sure every ordinary citizen can well judge each incident and then act sensibly with a firearm.

Of course, the position we’re in is a bad reflection on those who are supposed to be crime fighters. But what can society do when those with roles abrogate them?

On the fourth day of Christmas, my Jamaican love sent to me, four coffee buds… 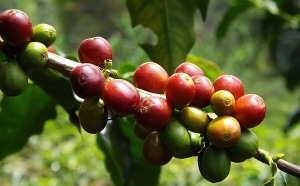