Many people feel that life is about second chances. But, many people also don’t give much regard to those who don’t come first.

It never occurs to me that if I don’t do well that life owes me a do-over. That said, getting a chance to make amends is often crucial.

Studying economics was not my first choice degree; I wanted to study law. I went to register at the university law school, but only stayed a day. Something wasn’t right. I walked down the road to the economics department, had an interview and was offered a place. Much of the rest is history.

I left university with an excellent degree but swore I didn’t want to be an economist. I decided not to do a master’s course at the London School of Economics; I didn’t like the pater noster elevator. Never been on one? Put it on your bucket list 🙂 I decided I wanted to do urban planning. Second degree, second look. I wrote an interesting thesis about how local economies are always being dragged along by national economic policies.

My first job was as a transport economist in North Wales, reorganizing rural bus services, and estimating regional transport needs. We lived in a lovely town called Mold, in the shadow of mountains, not far from the English border and the beautiful city of Chester.

But, hankerings were happening. I applied to work at the Bank of England, was offered a post, and gave my oral notice to quit. But, hold on! Margaret Thatcher led the Tories to national election victory in May 1979, and was quick to carry out her promises. One of these was to abolish exchange controls, administered by…the Bank of England. Boom! Jobs gone in a flash. The Bank wheeled and shuffled, including rescinding job offers. Well, I got three months pay instead of notice and went to explain that I would not be leaving my current post. The county council was happy for me to stay. But, the Bank told me to reapply the next year and see what happened. I did, and joined a year or so later than originally expected. So, there I was working as…an economist. 😊 The first offer had been to work on the then-new oil sector and its financial implications. 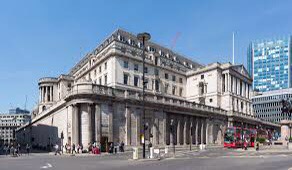 The Bank of London, aka ‘The Old Lady of Threadneedle Street’

By the time I went to work, it would be in international banking. Ironically, I’d turned down a post in that field at a major clearing bank after my first degree.

A decade or so later, I was getting itchy feet and looking for new challenges. I applied to the Caribbean Development Bank, went to Bridgetown for an interview, and was offered a post as an economist, in their Barbados HQ. But, the arithmetic didn’t work, so I turned down the job. I’d also applied to the IMF but not yet heard anything positive. Soon after, though, I was invited to an interview in London. Then, another in Washington DC. Then, a wait. Then, an offer. I started work in international banking and debt, building on my Bank years during the 1980s’ debt crisis. 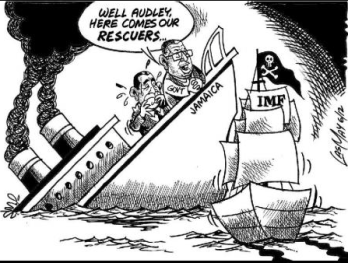 History tells the rest of that story, and 18 years or so after, I was ready to resign then retire.

Life’s so funny. My second wife decided that she was also getting itchy feet, after I’d done a stint with the IMF as the Resident Representative in Guinea, and she took an IMF-funded post in Barbados. Talk about nicer the second time around. The arithmetic worked very nicely this time, and I couldn’t help but smile that my second daughter was on her way to getting the Bajan accent that my first daughter, her step-sister, could have had.

Fast forward, and my wife later decides that she wants out of the IMF, joins the Inter-American Development Bank, becomes their country representative in…Jamaica. Here I am, again, home, living for the second time. I have some nice neighbours, a few of whom you may know. 🙂 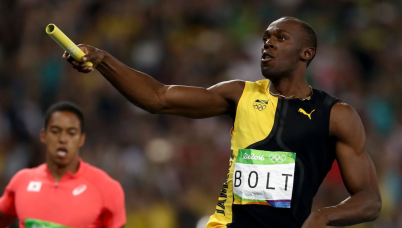 One of the neighbourhood’s ‘youths’ 😉