Jamaican politicians seem poor at looking forward. They’ve also gotten out of touch with some important realities of modern political life. Despite what citizens may suggest by their voting, they’re not apathetic: many are keen to engage politicians and have them show true accountability. Paying lip service to this possibly toppled the last government. The Internet and social media have simplified information searches and mobilizing opinions; its speed will sweep away many politicians.

The new government struck a high tone regarding accountability but has serious cobwebs to remove. The most obvious surrounds its leader’s financial declaration. He promised it by December 2015, then March 2016. But, he’s not done it and offered weak reasons why. This week he committed to its being done in the next two weeks.

In his Inauguration speech the new PM said: “We cannot be satisfied with things as they are.” One clear demonstration of that would be to meet his own deadlines.

By dallying, the PM remains mired in personal financial questions. 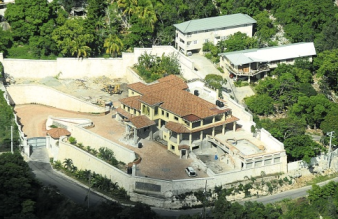 The concerns are legitimate: public figuresshould adhere to better standards than others.

By Parliament dallying, we see others being mired quickly in similar questions, as Julian Robinson found over his move to buy an expensive house. But he’d declared his finances.

Our society is suspicious and ready to speculate about wealth and its sources. We’re also afraid of sharing much information about that. That dilemma is solved with truth. Declaration will set you free! 😊

3 thoughts on “#AtoZChallengeJamaica D is Declare Your Finances”