My daughter sang “F is for friends, who do stuff together…” while we were having breakfast (it’s from Spongebob Square Pants :)). So, let’s look at that friendship thing, from a current Jamaican perspective.

Trinidad and Tobago, we would like you to be friendly and let our legitimate visitors into your twin islands, to work, without being made out to be pariahs. After all, we are friends together as CARICOM members. That our nationals are possibly being treated unfairly is causing some here to reach for the old retribution stick. I heard words like ‘boycott’-or at least limited trade restrictions-and ‘pressure’, uttered by our business leaders. C’mon guys, it shouldn’t get to this. By the way, boycotts don’t work (though they get people to believe that something will change), and if you don’t believe that, see the ‘Panama Papers‘ to understand how international sanctions (eg on North Korea) were bypassed by somebody (not always named ‘Mossack Fonseca’) who is prepared to break them.

Peter Bunting (a former national security minister) took the “courageous” (in the words of PNP general secretary Paul Burke) step of declaring himself as a potential candidate in a future leadership race for the PNP presidency. Phillip Paulwell took the step of declaring that “If and when the leader goes, my irrevocable support is for Comrade Peter Phillips [a former national security minister]” adding that his personal interest in the post had not disappeared “but I don’t think my time is now.” Though Mr. Burke or no one else has said it, I would say that Mr. Paulwell has been courageous, too. Not only being ready to support another potential candidate in any such race, but leaving no doubt that, when the right time comes, he’s going to find a nice racing shirt to go with his Jockey shorts–he always looks dapper. It’s quite funny that today’s cartoons feature that prickly fight ahead. Even funnier is the fact the leader has given every indication that she (who name cannot be uttered, it seems) plans to go nowhere in a hurry. You’ll notice that the two open potential combatants were both national security ministers. If there’s something I’ve learned throughout life, it’s that when such ministers get into leadership fights, they usually win. Now, which of them will have the most ‘inside information’ on the other and others is anyone’s guess, but it will make the contest even more intriguing.

You’ll notice that, for the upcoming-still-unannounced-tussle, the two open potential combatants were both national security ministers. If there’s something I’ve learned throughout life, it’s that when such ministers get into leadership fights, they usually win. Now, which of them will have the most ‘inside information’ on the other and others is anyone’s guess, but it will make the contest even more intriguing.

Well, if I wanted to look for a new cast for Friends, I can honestly say that I would not be putting out a hand to the PNP, right now, as their infighting is only just beginning. “Miss Hanna?” 🙂 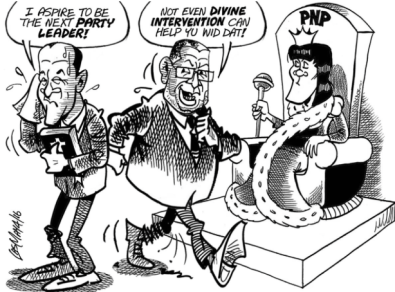 You’d think that being a West Indies cricketer would be the key to love and happiness. It seems, though, that this is far from the truth. Take Darren Sammy, the captain, who had the temerity to let himself get carried away in the furore of the sensational win over  England in the T20 Final and air the well-known dirty laundry between the cricketers and the governing West Indies Cricket Board (WICB). Well, he’s been taken to task in at least two Jamaican editorials for at the least ‘bad’ timing. Poor fellow! Imagine thinking that with all those cameras and microphones pushed into his face that this was the right time to let the world know how he (as captain) felt about the WICB’s lack of support. Guess he’d better wait for a better moment, when things are quiet and few are paying attention.

But, the lack of friendship goes well beyond our Caribbean shores. Australians have long had a dislike for West Indian cricket and its cricketers. While physical ‘sledging’ may now be less, the verbal variety is still in full force. Before the final match, one of their former internationals-turned-pundit called Marlon Samuels’ performances in the semi-final ’embarrassing’ and ‘pretty poor’. Samuels went on to score 85 not out in the final. laying the base for victory by holding the team together after losing wickets cheaply. Samuels took it on the chin and flung a clear reply back in front of cameras afterwards: “I woke up this morning with one thing on my mind: Shane Warne has been talking, so this is for Shane Warne. I answer with my bat. I don’t answer with my mic [microphone].” I’m interested to see if any editors think this is inappropriate or also badly timed. Another former Australian bowler, Geoff Lawson, may have his own problems with Samuels (possibly in court), who apparently said about Samuels and his Jamaican background that “He’s [Samuels] tied up with the gangs there and it goes well beyond cricket.” I think that’s pretty appropriate, let alone badly timed. But, who cares what I think? 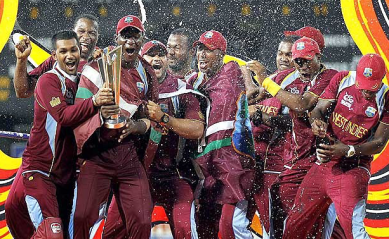