Jamaicans are very good at seeing what is right in front of them, and then forgetting about it when their eyes shift. It’s often called the ‘nine-day wonder‘ syndrome, as we focus our attention and ire on the latest piece of news. 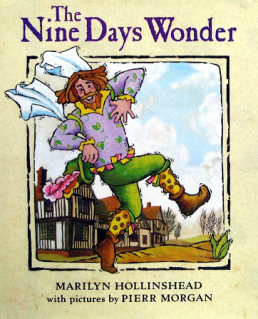 It’s as if we are fashionistas when it comes to issues, always wanting to be up with the latest and dispensing with the ‘already worn’. That’s one reason we have a hard time resolving some of our major problems: people can’t focus on anything for very long. One of our influential groups, politicians, understand this quite well, and are very good at dragging red herrings around to distract the public from things on which to keep their attention. In addition to lack of focus, we have a very short memory. However, some of that same group seem to be caught up in such confusion by these same ploys so that they forget from which end to speak.

A case in point is developing in front of us with the new Opposition PNP. One thing that was crystal clear during its time in government was that it was terrible with its communications. “Bleedin’ ‘orrible, mate!” would be the word coming from my Cockney friends. It botched news and information on issues (whether the news came as scandal [Outameni; Riverton fire], monumental policy missteps [bank tax; faltering contracts with shady investors–Krauck and Anchor], or just an inability to grasp people’s concerns about their health and welfare [Riverton fire again; Chik-v crisis; deaths of premature babies]. Its main information minister was hostile, rather that receptive, to news gatherers. Its leader refused to face the media one-on-one. (If one thing has come from the electronic age, it’s the easy retrieval of historical information about what actually happened, eg requests for interviews and their refusal, and subsequent claims by individuals that this was not so is just shown to be utter bunkum, or ‘meaningless political claptrap‘.

It should have come as no surprise that poor communications was a major issue as the party went into elections. Who, but a few political pundits would have understood, for instance, how it was that delegates chose candidates only for some of those candidates to be rejected to go into the election. Whatever the constitutional rights were, ordinary people don’t usually understand when their wishes appear to be railroaded by others who were not part of the process of choosing.

Lo and behold, the party went from being bad at communicating to communicating all manner of things that distracted from the messages it should have been putting in front of the electorate. The focus on the other party leader’s house might have had legitimacy as a matter of integrity, but the chance and time to deal with it was not during the height of the election campaign. Then, when he gave reasonable answers to drag the topic around like a poodle does a rag doll showed a juvenile focus on matters that did not matter to most people. It was like waving around a woman’s bra and claiming how she was a hussy, and ignoring that she had gone to get another one, put it on, and was moving along, fully clothed, with all the decorum you tried to show she did not have. Hello!

Behold! The electorate was confused about or did not know, what the then-governing party stood for, or what it really was aiming to do for the population. Any clear positive message coming from the other side was bound to attract voter attention, which it did with a promise of a tax break. The result is now history.

As I think through that, I wonder what is going through the minds of those who now argue that the new government needs to improve its communications. Apart from the obvious point that the new tenant can barely remember the house number, let alone the right key for all the doors, who would be attacking that issue when barely a month of new governing had been underway? In fact, much of the time has been spent in dealing with the administrative frippery of changes of government. We’ve hardly had a sitting of the new Parliament.

This is coming from the party that gave the nation clear signals last autumn that it wanted to hold a general election before Christmas, only to then try to walk back from that. In the process of doing that, its campaign director went on record as saying that it needed to improve its communications. In a radio interview, in October 2015, Peter Phillips conceded that there is a need for more effective communication by the administration in which he serves. He indicated that this might have accounted for the poor showing in recent poll results:

“Don’t forget that all of this has been achieved on the basis of great sacrifice that has been made by the Jamaican family…It is our responsibility as an administration to communicate it better…We have not been able to create a sufficiently widespread understanding of how the world economy works and how things connect between Jamaica and the wider world.”

Did the party address that stated failing? No! The party, when it decided in the new year to call an election, went on a wild goose chase that had poor communication plastered all over it.

Then, what do I read in today’s papers? The party general secretary makes the startling revelation that ‘his party’s inability to effectively communicate with the electorate as the main reason for its defeat in the February 25 General Election‘. “Well, strike a light, mate! Who’d have thunk it?”

I hold my head and squeeze it! It’s as if there’s a massive game of ‘blind man’s bluff’ going on, and each member of the party is trying on the blindfold and bumping into things. I shake my head in disbelief. No sawdust has fallen out, so I’m not an utter numbskull.