I’m bothered by a perception that judges may be interested in justice, but do they give much regard to us? The so-called ‘Cuban light bulb case’ ended with a no-case decision by Senior Magistrate Pusey. It is not obligatory that judges give written reasons for their decisions, but in such a case it would seem helpful to all, not just those within the judicial system, to understand the judge’s reasoning. Law is based on much precedence, and I have a hard time understanding how decisions can be really useful if the thinking behind them is not shared.

Now, this case had a number of peculiarities, apart from the fact that one of the accused was a junior government minister. It included a number of legal disputes between the judge and the Director of Public Prosecutions (DPP). Since, the case, the DPP has made several public comments in the vein that she believed that “justice was not served”, and calling for a written argument to back the decision. None has come. I understand that it’s not normal legal protocol for judges to speak in public, and even more so concerning cases they have tried. So, my feeling that a series of surrogates were speaking for the judge has to be tempered by what the system allows.

The most recent comment speaking out for the judge, though not citing her of the case specifically, came from high court Justice Lloyd Hibbert in the Jamaica Observer on Sunday. He cautioned against ‘destructive criticism’, and wanted to see ‘constructive’ criticism. He agreed that judges were not above being criticised. But wanted that to be based on ‘facts and not conjecture’. That’s where I had to hold my breath. The facts are hard to wrestle with when a judge does not give the facts of his or her reasoning in a form for all to see; we are left to make conjecture. Help us Justice Hibbert: you can’t have it both ways. Judges may be uncomfortable with this being requested of them, but the world has moved on since the system was set in place.

In the Observer article, mention was also made of the Jamaica Bar Association president, Donovan Williams, agreeing with Justice Hibbert’s position, adding that “comments must be respectful”. He cautioned attorneys against “pandering to the ever-expanding media” with their comments.

I have no idea what that means. I would have been fine without ‘ever-expanding’. Perhaps, it means talking to the conventional media, like the press or TV or radio, but do not engage with social media. Don’t show your face on Facebook? Don’t be a twit on Twitter? I’m not sure.

Pander is a very interesting verb to use in this context, and I really do not know what is in Mr. Williams head. Maybe, it’s about too much talking, or too many appearances before cameras, or it’s both when it’s not appropriate: I heard some comments about trial attorneys speaking to the media while cases are still being heard (think back to the recent Adidja Palmer-‘Lizard’ Williams murder case). I’m not sure.

Where I am also getting stuck is that the judges seem to have a little trouble recognising, at least orally and clearly, those whom the system is set up to serve–we, the people. It’s all well and good following procedures and precedents, but what do we see at the output of all that? Like a tax that is necessary but that is badly presented, we feel resentment even if we may understand that there is some good intended. I wont speak about the details of any case, but know and sense that people need to see a system that works evenly. For too long, Jamaica’s justice system has appeared to be anything but even. We can look at the case outcomes and back that up with fact, and stop conjecture. Who gets accused? Who gets tried? Who gets convicted? Who serves terms? Who gets fined? Who gets bail? People see a system that is not fair to all the people.

Now, judges want to say that facts are needed but we wont give you any to help us? I may not be a legal beagle but I am not a dummy. You cannot make dumplings without flour and water. 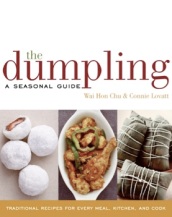