Deforestation is a problem in Jamaica, as people engage in logging and clearing land in order to cultivate crops. To counter that, some organizations are working in conjunction with the Forestry Department to replant trees. I went to some mountainside in rural St. Andrew this morning. Mount Prospect.

I wrote recently that I am an environmentalist, and helping to preserve or improve the natural world around me is something I try to do as often as possible. But, I wont make a position statement on that now, but simply share some of the images from the site visit. I look forward to sharing pictures later of the planting. 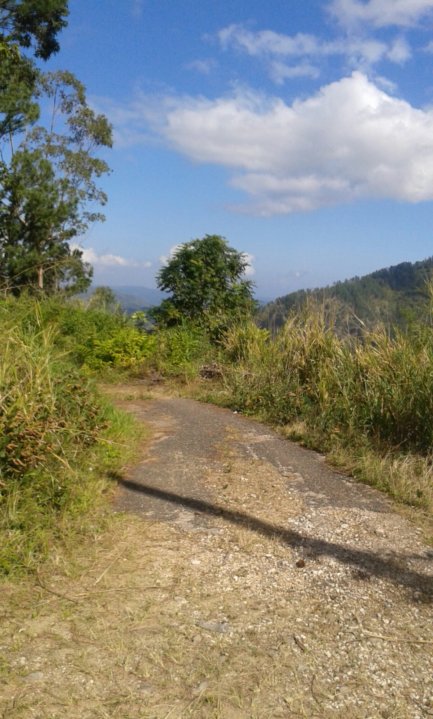 Country man on his way to the fields 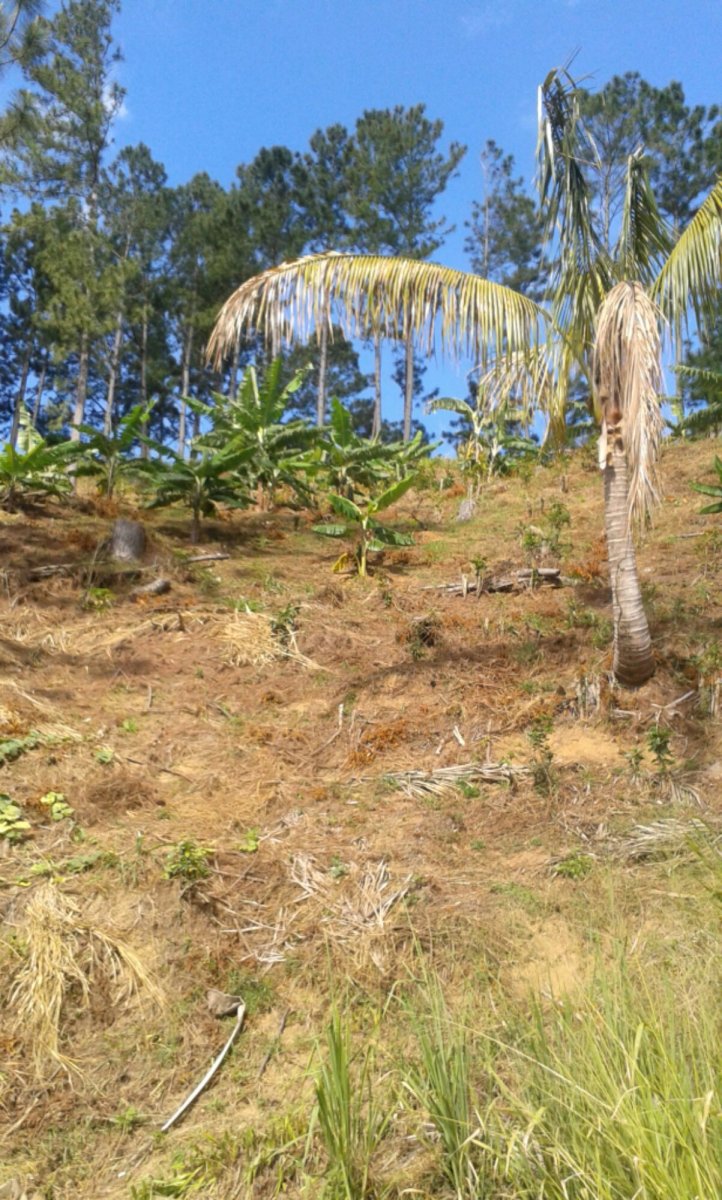 Hillside, recently logged, and ready to be replanted. Cultivation of coffee and bananas underway. 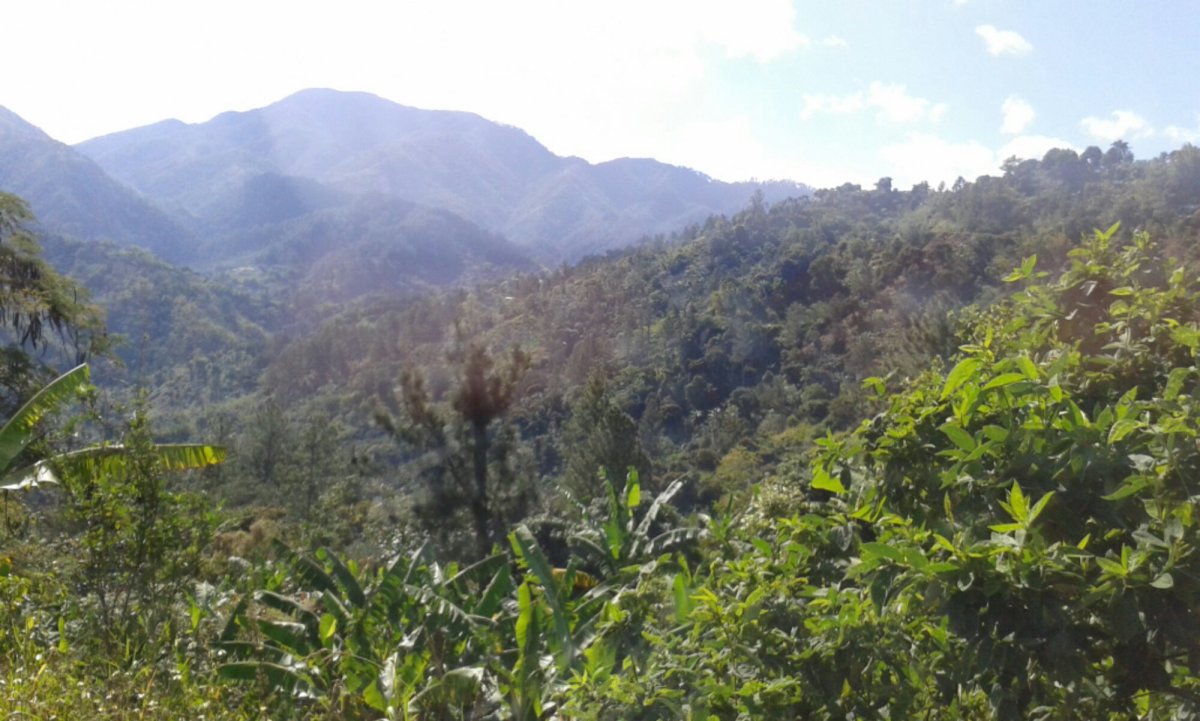 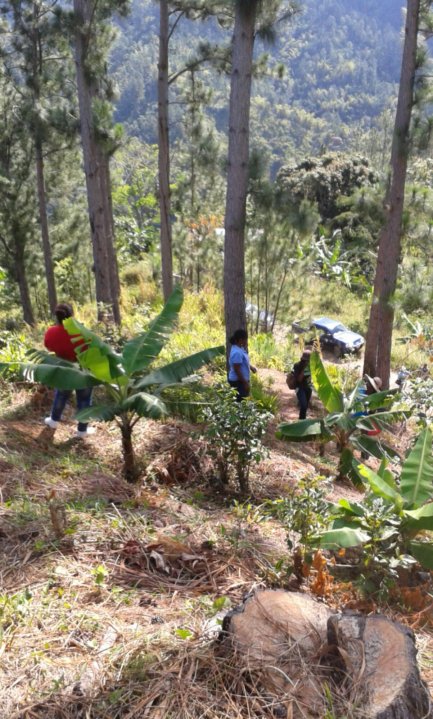 Pine cones, whose seeds are nature’s way of self-preservation

I have one clear bias in my opinions, which I will admit gladly. I believe that Roger Federer is the greatest tennis player of all time. I say that, even though he lost a final yesterday, it was by the slimmest of margins, in a tie break third set. The main thing was that he competed as if he and his rivals were still neck-and-neck in terms of ability and desire. I greatly enjoy watching and admire Rod Laver; the same for Pete Sampras. But, Federer has style, grace, power, speed all effortlessly rolled together, it seems.

I watched yesterday with my usual riveted gaze the final match in the men’s singles at the BNP Parisbas Open, from Indian Wells, between Federer and Novak Djokovic (himself seeking). This tournament is often referred to as the ‘fifth major’. For non-tennis fans, that means it’s like Wimbledon or Roland Garros, except it isn’t. It’s run by Larry Ellison and Charlie Pasarell, and is regarded by players as one of the best tournaments in terms of venue, scheduling and care of participants. But, all of that is incidental.

What was of importance was to watch the re-emergence of a fallen hero. Here, my bias is showing its petticoat. Roger–we’re on first name terms–was at the pinnacle of men’s professional tennis: he hold the record for the most total weeks at number 1 (302) and most consecutive weeks at number 1 (237). Records are meant to be broken, so that may go one day, though no time soon. He was being pursued by a pack of younger, very fit, fast, strong and talented players. He eventually got worn down and lost that number 1 ranking. Things stabilised for a while, then it seemed that he began a slide that suggested he should have retired. He did not seem imperious or unbeatable anymore; leads meant nothing; mistakes were too many; he would not change a losing strategy. He was well over 30, and he had done all that he had wanted in the sport, and then some. He had nothing left to prove. Leave at the top, I thought. Don’t overstay. Don’t push that body to a breaking point for no reason. Then he discovered something, in the midst of 2013, during his worst season in a decade.

Federer discovered that he loved what he does, and wanted people to understand that, and see that as more than motivation enough. He’d discovered this because he was on a slide:

“Clearly when you win everything, it’s fun. That doesn’t necessarily mean you love the game more. You just like winning, being on the front page, lifting trophies, doing comfortable press conferences. It’s nice. But that doesn’t mean you really actually love it. That maybe shines through more in times when you don’t play that well. For me, I knew it, winning or losing, practice court or match court, that I love it.”

When you enjoy what you do, you tend to smile a lot, even laugh, through the good points and the bad. You stay on balance. Federer smiles a lot these days. He’s managed to keep his tennis flowing well with the departure of a great coach, Paul Annacone (who also coached another number 1 player, Pete Sampras), and his replacement by a great former player, Stefan Edberg (another former number 1 and multiple Grand Slam winner). Both coaches were serve-volley players, Edberg more so and with great style. Word is that it took a lot for Edberg to argee as he’s distanced himself from tennis. I suspect that he saw fun in the venture. Federer’s play in recent months has had the look of Edberg’s, and calling him ‘Fedberg’ seems apt.

He also did something that other players had done much earlier; he changed to playing with a bigger racket. It was more forgiving and had a great ‘sweet spot’. Shots looked crisper and cleaner. Zing was back in sight. But, I’m not going to run too fast.

Federer won a title early in 2014, in Dubai, beating number 2, Novak Djokovic convincingly. At Indian Wells, he played with great ease and much of the old flair, showing that age is a number and 33 is not ominous. He could have taken heart from playing Tommy Hass (35) and back from yet another set of injuries, but also clearly enjoying himself, too.

Federer seems to also love having his twin daughters and wife around all the time, the children now old enough to appreciate what Daddy’s doing.

But, Federer is an object lesson, not just for athletes but more generally. If you love what you do, you can do it for a very long time. You also need to embrace change. Getting advice is also something that even the very best need to do. Stay humble. Athletes ought to know that well, because success is clearly fleeting, but it’s often forgotten in the hoopla of success. As you age, you need to adapt.

Federer works very hard to make things look easy. He also relies on himself while playing in a way that others don’t; he doesn’t look up to a box of coaches and advisers for guidance. True to the adage, he should have done his preparation beforehand. He trusts his own judgement and lives with his own on-court decisions. He knows how to win. He knows that winning involves pressure and stress, and can use that knowledge to challenge people who seem to be in winning positions–as he did with Djokovic serving for the match, which is when he had his serve broken.

His resurgence may be fleeting but it looks to be for real and lasting.

You can enjoy some of Federer’s enjoyment while watching this rally from yesterday’s loss to Djokovic.