Social media trumps other current forms of media because of its ability to present information immediately. The structure of established media houses does not allow them to be everywhere, all of the time. Social media can be, or more correctly, people who use social media can be. So, we need not send out reporters because potential reporters are everywhere. Now, we accept that not everyone can present a concise and accurate report, free from bias, but some of what makes social media unique is that all views can be presented. We may need to use our own or develop filters to really appreciate what’s going on. With the addition of sound and pictures and video images, social media is the 24/7/365 news ‘channel’. That’s by way of context. My focus today, though, is how we in Jamaica seem to be crawling along this real ‘information superhighway’.

Some blogging associates and I were lamenting over the past few days the lack of apparent interest shown by Jamaican media for the Jamaican bobsled team in the Winter Olympics in Sochi. As they have done in the past, the Jamaican team energized the crowds and citizens of the winter games. We know the reasons: it’s a feel-good story. Guys from a tropical isle come to take on Titans of winter sports and MAY win. How great would that be? All the imagery of tropical life may be behind the interest. Coolness, relaxed, happiness. Social and economic interest may be there: rags to riches, postcolonial issues, economic stress, etc. Whatever you want, our bobsledders could have provided it, yet we heard nary a peep from the local press or television, except a lot of copy borrowed from foreign reporters.

Maybe I’m naive, but we had the means to get the stories ourselves.

If our media houses wanted to, they could have sent representatives-maybe they did, but judging by the different coverage this winter and in past summer games, I’d say they were ‘missing in action’.

Jamaica has an Embassy in Moscow; they could have been asked to offer some insights, from the great vantage point of already being in Russia and getting to understand the people and culture. Maybe, they were asked and declined; it may not be within their remit. But, I think that we could find creative solutions.

We could have gotten the sledders themselves to give us a ‘journal’.

Bobsledders going back to their roots

They were already doing that for themselves on Twitter, and it would have been nice to just say have 500 words each day and some pictures of ‘Cool Runnings II in Sochi’ or ‘From Ochi to Sochi–view from the inside’, or whatever. People clamoured to be seen with the Jamaican bobsled team. You could have had an “I hugged a Russian today’ or ‘Look who I met in the Olympic village’ series of photos. You get the idea. We could also have just fed questions, or even better gotten the Jamaican public to feed questions and requested the sledders to respond. The papers have done this recently on ‘hot button issues’ such as crime, and getting views from Police COmmissioner Ellington. We would not need to filter, except for the nasty or overly personal questions. “What do you eat in Sochi? Can you get ackee and saltfish?” “Do other athletes find you hard to understand?” “Are you doing some undercover promotions for vacations in Jamaica?” Endless. Something like this would have been wonderful as a means of getting us to feel we were with the athletes, especially in an environment unknown to many Jamaicans or Caribbean people. We could have done more to understand the origins of the ‘boblsled anthem‘. Plenty to work with.

I’ve travelled a lot to Russia, and in the winter, and it’s full of things to which we can relate and much that we cannot. Vodka for breakfast, to ward off the icy cold? What’s it like walking on bumpy icy sidewalks every day? How do you cope with the Cyrillic alphabet. but, whoever was in charge of covering the games did not seem to have a clue about using what we were being handed. Instead, we got to see how the rest of the world revelled and marvelled at what the ‘Bob(Marley)sledders” were doing. We got a video clip of one sledding ‘dancing’ with American sprinter-turned-sledder Lolo Jones. We related to that. Wuking up and wining. Yeah!

Our media could have taken and shared better lessons in fundraising. I hear representatives of sports in Jamaica–even those which we think are well supported, like football–crying out “We need more private sector support”. The sledders showed how it could be done. Maybe, their story was more compelling that the team in ‘Dustytown’ somewhere in Jamaica. Bu, you have to present your case. I wont go down the road of ‘dependency culture’ here. Again, with social media, getting the information and message together is much simpler. Even, if we wanted to, we could ahve had contact with those who run crowdfunding sites, looked at other examples, tried to contact those who helped with funding…anything.

Instead, my impression–and I apologise unreservedly if The Gleaner and The Observer or TVJ or SPortsmax were trying to do any of this and it just passed me by. I will go down on my knees at a public place of their bidding and prostrate myself. Put me in stocks and let passers-by belt me with bananas, if I am wrong. (By the way, if the stocks idea comes into play, I would suggest that Jamaica Producers get involved and we charge people to throw bananas, with the proceeds going to the bobsledders for their next campaign.)

So, here is where I plant my flag. We are in serious need of getting out of our comfort zone and dragging ourselves to where many in the world are racing. We have great sprinters in our midst–did you watch this weekend’s Gibson Relays–but we are also snails-paced in seeing ideas and making them real for ourselves. Money is not why we are struggling in many areas; it’s an inability to act quickly and see how that furthers our interests.

I look again at the potential that we have and what we do not value. I think of projects that have been run where children were given cheap cameras and asked to take and share their views of the world. One such venture involved autistic children. Another, similar idea was a photographic ‘conversation’ a father had with his autistic child. 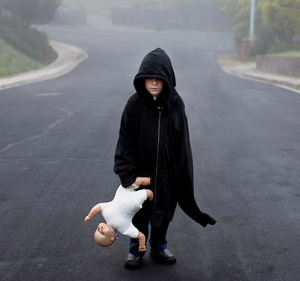 I cite those because they helped us see a world that is visible that we don’t see. So, too, with Sochi. The Games were not just the races and events we saw on television. We really lost the chance for our Jamaican view of that to come to us live and direct and in real-time. An opportunity lost, but one that should be grasped firmly whenever we can.