Dr. Herbert Thompson stepped into a huge pile of mess. In many respects, the details of what happened are not really that important. He accepted on behalf of the ECJ the People’s National Party (PNP) Award, for the Commission’s service to national life, at the PNP’s 75th anniversary awards ceremony. Controversy followed, including a call by the leader of the opposition Jamaica Labour Party for Dr. Thompson to resign, stating that “acceptance of an award by any member of the Electoral Commission of Jamaica from a political party seriously damages the perception of independence and the credibility of the commission”. Dr. Thompson resigned on September 24.

Dr. Thompson was appointed Chairman of the Electoral Commission of Jamaica (ECJ) in April this year, after serving 12 years as a commissioner of the ECJ. He was president of Northern Caribbean University. He’s a well educated and very intelligent man. Truly, a Herbert.

From all of Dr. Thompson’s comments, he does not sense the impropriety of what has happened.

Let me put a neutral and lay view out there, using a sports analogy. Referees should not take favours from teams in whose matches they officiate. If you are meant to be a neutral party to contests, you must sense that anything that could be seen as aligning you to one side can and probably will be construed as having a hint of bias. The hint need not be large, but once it exists you are headed for trouble.

What I cannot understand is why Dr. Thompson’s radar did not sense this problem. Many great sports figures talk about visualization of your performance. In some cases, this means every single shot you want to play or even a whole match. It’s one way to foresee the hazards that may be awaiting you. I understand that Dr. Thompson is a golfer, so should be familiar with this notion: seeing his ball land precisely after his tee shot, imagining the putt rolling into the hole.

So, as I said to a friend, even while he was in the car on the way to the award ceremony, Dr. Thompson only needed to visualize himself walking onto a stage with PNP party faithful, and it festooned in orange, and he should have had a chill. Take another breath and imagine his award ceremony being watched by members of the opposition, whether or not they were in their party regalia. Another chill should have touched him. One more breath and see the partisan landscape of Jamaican politics, with him now standing in the middle, perhaps with arms outstretched as if to balance, and the discomfort should have been welling up.

As the car pulled up to the awards venue, he should have thought about his remarks of thanks, even if brief. Didn’t they seem odd? 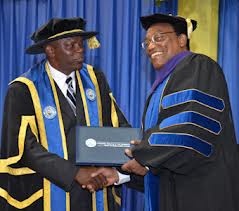 He should have had a sudden illness and called to apologize that he could not attend, and the car should have whisked him home.

If the images did not seem awkward to Dr. Thomson, then somehow his years as a commissioner did not affect his self-perception. This was not like a college award ceremony.

Really, if he as Chairman of the ECJ thought the award was deserved by the institution, then a kind reply of thanks should have sufficed and he could have asked for the award to be sent to the ECJ. Under no circumstances should he or any other ECJ member get on any political party stage.

I am worried that he has not seen how he has put himself into an untenable position with little credibility and why he may think it matters that he saw the letter, early, late or not at all. The situation should not have seemed right.

I’m more convinced that self-perception may be faulty, because Dr. Thompson has so far resisted calls to resign fully from the ECJ. All the comments that impartiality has been called into question must mean that his integrity is impaired in the eyes of others. It isn’t about whether he feels he can be impartial. He’s shown partiality. Period. Game over. Move on. Many other options stand ready for his skills. 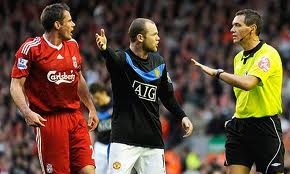