Apple introduced the iPhone 5 series, and silliness about people’s efforts to be amongst the early buyers was able to crowd out some of the world’s grimmer stories. Apple also introduced IOS7, which I understand makes more joyous still Internet experiences.

Bad:
Henrik Stenson trashed a locker room after the BMW Tour Championship, in which he played a poor final round. He damaged his driver and redesigned the locker room at Conway Farms Golf Club while venting his frustration. Conway Twitty?

Ugly:
Fear and hysteria ran rampant at Sydney Pagon Agricultural High School, in St. Elizabeth. Was it something paranormal at work or play? The Observer reported “Hysterics, fainting spells, and reports of ‘demonism’,” Education Minister Ronnie Thwaites called it a ‘health scare’. Either or both have caused a mass exit of students. Paton or Pagan? 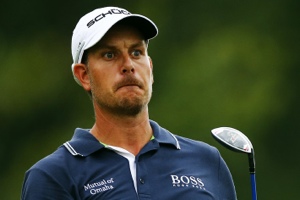