I not a stickler for good service, but I do get irritated quickly by poor service, whoever delivers it.

Much of the discussion about Jamaica’s economic woes focuses on our evident lack of competitiveness. We saw it upfront and lamentably last week, when the national senior football team squeaked out a draw with Costa Rica in a World Cup Qualifier. Not many local fans went to the match, believing that the team had little chance of qualifying. I was on the road and listened to the commentary on radio. The broadcasters kept on saying how the team was not playing with any fire or sense of urgency and giving no sign that they wanted to win. Any other result would mean the death of our chances, realistically. The draw left us mathematically still able to make it. But, we did not compete well.

The hero for Jamaica, with his goal in added time was “Tuffy” Anderson. He is a battler. In his word he said afterwards that his style was to inflict pain on his opponents and let them know that he was ever present. He has a simple objective–to score goals. Man on a mission. Jamaica now loves “Tuffy”, another symbol of endeavour which we can admire.

Service quality is one of those measures people like to consider when talking about competitiveness, especially for countries that live off tourism or some other activity with a lot of personal contact. A long debate has raged in the Caribbean about whether former colonies, like Jamaica, have a hang up about serving, confusing service with servitude. Of course, the discussion gets complicated when most of the visitors are white and come from the UK or USA. It may not take much for a service worker to bridle and get angry when asked to do something and yell “I’m not a slave!” or “Slavery days done!” Let’s not worry about the ‘N’ word. We dread the ‘S’ word. The legacy of slavery is hard to shift, and it will take much for its bitterness to be drawn out of our blood. However, many Jamaicans love to serve. We have a society filled with people who have to make a living from getting customers to buy from them directly, and that won’t work if service is bad.

I was buying fruit at the weekend, but my regular lady was not at her stall. Yet, the stall was open and ready for my business. I bought and left. I’d been well served. I got what I wanted. Everything was nicely put into bags. My daughter got her jelly coconut and a straw and did not have to move from the back seat of the car. I was about to pay, but noted that the lady had totaled wrongly, too low; she rechecked but then decided to round down the total. Give her an A.

Street traders are usually careful to not offend customers. Often, competition is a mere few steps away. Poor value for money usually ends with fewer sales.

I also went to a pharmacy over the weekend. One of the staff asked me if I was “getting through” and finding what I needed. I told her I was okay. The pharmacist was very funny and helped us get what we needed, checking if we were happy with generic medicines or other brands. I checked with her about getting a senior citizen discount. She laughed, when she looked at me, but went to check. The price she’d quoted dropped like a rock after she came back. “They hadn’t put in the discount because your father’s age wasn’t on the prescription,” she said. I told her that I knew the store manager and would let him know how she and others had been very attentive. By chance, he called me the next morning. I passed on my compliments. He told me he was trying to focus on better customer service, so was pleased it seemed to be working. Give them A+.

On Monday, I had to act as a medical courier, trying to get some nutrition medication for my father, who’s in hospital. I ended up on a mini tour of West Kingston. In the process, I found myself doing battle with companies who would only take cash payments. I argued the case about risks; inefficiencies of their having to handle cash and then make bank deposits; how customers could be inconvenienced at point of sale even when they had ample funds on debit or credit cards. In the end, I made partial payment for one item, could not get another item until I had trekked over town to find a bank and withdraw a load of cash, returned to buy the second item and then went to complete the purchase of the first item. It took me about three hours to do that and a lot of driving around. With cards accepted, I would have been done in about an hour. Going to the bank added an hour to my task, and the time it took to get through in line was long, say 15 minutes. That’s costly, overall. Admitted, the sellers normally dealt with companies or hospitals, but to have no means to take other payments than cash seemed stuck in time. Give the bank a B. Give the pharmaceutical distributors a B-. 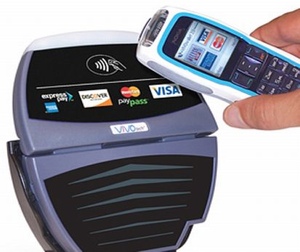 These were just spontaneous examples of service delivery. Of course, the matter of service delivery is much broader and more complicated. However, I’ve been struck in recent months how few instances of irate customer reactions I’ve seen. I’ve had some very good experiences with companies, big and small, on the phone, and also in person: helpfulness has been very apparent. Good humour has also been quick to appear.

I mentioned to an aunt last week how I had been well treated when I was buying ice cream. She laughed and jabbed that the girls obviously liked me, meaning young men get treated well but older women didn’t get anything special. I couldn’t deny that. But, I know that older people get some extra care, even if it’s just the senior citizen area in the banks, with comfortable chairs, while others have to stand in line.

Our poor competitiveness shows up in the speed with which things get done. It’s slower and
part of that comes from a willingness to engage. Many more things only happen here if you see someone in person, and better if it’s the right person. But some engagement may be inappropriate. I can’t say if it’s too much, but when you overhear chatter about relatives or friends mixed with the business you may feel miffed. That’s part of being a small country. We also tend to be deliberate. It seems that it’s showing extra care, but it means more time. We’re often not too upset if things take time, but worth the wait. This all begs a question about whether this means we are worse at doing things than, say, Americans or Europeans or southeast Asians. Would we be getting much better service with more speed?

My gut feeling is that organizational systems need some serious overhaul. Inertia has dug itself in nicely in many activities. I loved the look on the manager’s face when I went through all the reasons why cash only seemed bad for business. “Thanks for your suggestion,” he’d said. Why do I feel that nothing will change there? Maybe, for the same reason I think he felt comfortable with his feet up talking to a woman in his office.